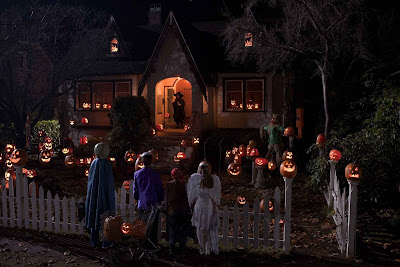 Trick 'r Treat is a 2007 horror film written and directed by Michael Dougherty, and based on his short film Season's Greetings. Originally slated for an October 2007 release, it was announced in September 2007 that the film had been pushed back. Warner Bros. Pictures and Legendary Pictures released the film direct to DVD and Blu-ray on October 2009! 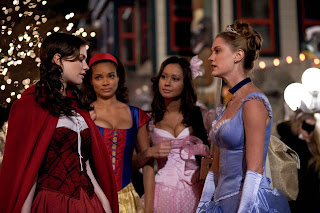 Directed and Written by - Michael Dougherty

The plot -
The film is an anthology of four Halloween-related scary stories.
A couple finds what happens when they blow a jack o' lantern out before midnight, a high school principal has a secret life as a serial killer, a college virgin might have met the right guy for her, a group of mean teens play a prank that they take too far, and a hermit is visited by a special trick or treater. 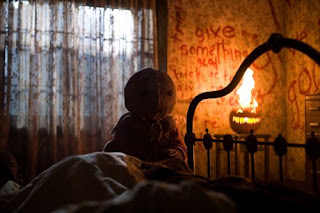 One common element that ties the stories together is the presence of Sam (left), a mysterious pint-sized trick-or-treater wearing shabby orange pajamas with a burlap sack over his head. He makes an appearance in all the stories as a 'friendly-reminder' to those who break Halloween traditions. 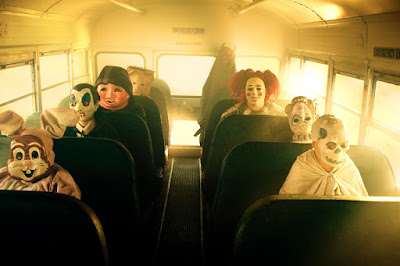 "Eight jack-o-lanterns, eight victims. So we're gonna place these jack-o-lanterns down by the lake as an offering to those who died."
This is one of my favourite movies of any genre! It's an original and refreshing horror in a genre full of remakes and low budgets. To me Trick 'r Treat is the "Pulp Fiction" of horror movies with excellent direction of a brilliantly writen story!

I highly recommend watching this on, or around Halloween.