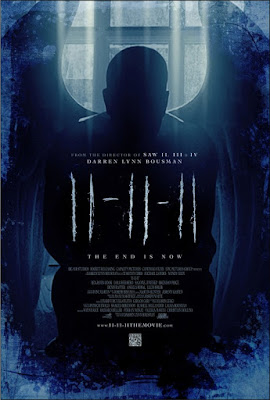 The plot -
Following the tragic death of his wife, Sarah, and son, Cole, in a fire caused by an insane fan, famed American best-selling author Joseph Crone is suffering severe depression that prevents him from writing.

While attending psychological support sessions, he meets Sadie, a young woman who has suffered a similar tragedy. One day, after a heart-warming conversation with Sadie, Joseph suffers a horrible car accident but comes out of it miraculously unscathed.

The accident occurs at exactly 11:11 AM.

Soon after Joseph travels from the United States to Barcelona, Spain to reunite with his estranged brother Samuel and dying father, Richard. However, fate has a different plan for Joseph as his life becomes plagued with strange happenings, and the constant sightings of the number 11. Curiosity quickly turns to obsession, and Joseph soon realizes that this number holds a horrific meaning not only to himself but possibly to all of religion. Isolated in a foreign country with only the support of his companion, Sadie, Joseph soon realizes that 11/11/11 is more than just a date; it’s a warning about an entity from another world that enters the earthly realm through Heaven's 11th gate. 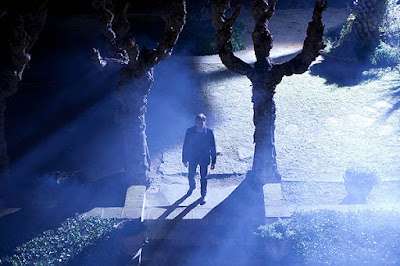 I'm not one for religion or the concept of christianity but I do like movies based on the subject as most of the time they interpret the darker side of it.
It's quite slow paced throughout but still keeps you interested for the entirety of the movie.
Narrated by Joseph Crone through much of the movie, I couldn't help but think, with his voice and his looks, that it reminded me of the video game Max Payne somehow. Although this didn't have any effect on the movie. 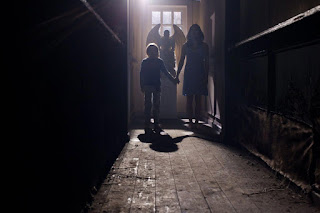 Overall it wasn't a bad movie, the acting was decent, the direction was decent and the special effect were kept simple but the only problem I has was that, while the film was leading up to the date 11-11-11 I was expecting thing to happen on the 11th hour not the 23rd hour as it does in the film!
But of course it makes for better viewing when things happen at night in thillers / horrors.
That being said, it was more of a thriller than a horror.

It does however finish off with a nice twist which made this an above average film and worth a watch if you like movies about the dark side of religious interpretations.

Here's the teaser trailer for you to check out...