For Halloween 2012, I once again took to the groups and pages on facebook to compile another top ten, this time of foreign horror movies (non English speaking).

So here are the horror fan's top picks... 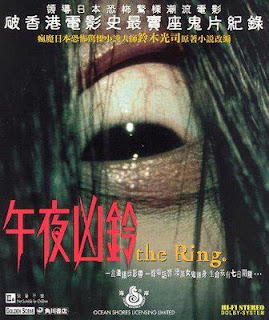 After the death of her cousin Tomoko, reporter Reiko hears stories of a videotape that kills everyone who sees it exactly one week after viewing. At first she discounts the rumours, but when she learns that Tomoko's friend (who watched the video with her) died at exactly the same time, she begins to investigate. After viewing the tape herself, strange things start happening, and so she teams up with her ex-husband to try to stop the death clock that has once again begun ticking.

The original film series is made up of Ringu, Rasen, Ring 2, and Ring 0. The films have also been adapted into the Korean film The Ring Virus, and the American films The Ring, the short film Rings (It was initially released as an extra disc with a re-release of The Ring on DVD) and The Ring Two. 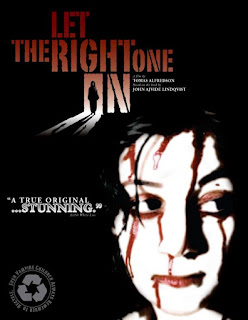 In the suburb of Blackeberg in Stockholm, Oskar, a bullied 12-year old, dreams of revenge. He falls in love with Eli, a peculiar girl. She can't stand the sun or food and to come into a room she needs to be invited. Eli gives Oskar the strength to hit back but when he realises that Eli needs to drink other people's blood to live he's faced with a choice. How much can love forgive?


The movie was remade in 2010 for the American market, Let Me In was nearly word for word and scene for scene perfect with the Swedish original!
Voted movie of the year by Empire magazine (the first time a foreign language film topped their list since City of God in 2003). 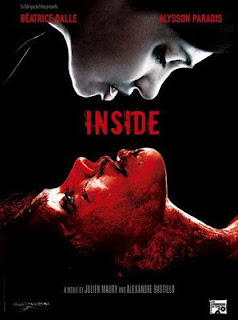 Four months before Christmas, Sarah and Matthieu Scarangelo were in a car crash, of which Sarah and her unborn baby were the only survivors. On Christmas Eve, Sarah stays home alone, where she grieves her husband and prepares to go to the hospital the next morning for the delivery. As night falls, a woman knocks on Sarah's door asking to use the phone. When she refuses, the woman reveals that she knows Sarah and tries to force her way in. Now on the brink of motherhood, Sarah is tormented in her home by the strange woman who wants her unborn baby.

In the scene where the three policemen come check on Sarah, you can see to the left end of the screen the house number, it's 666. 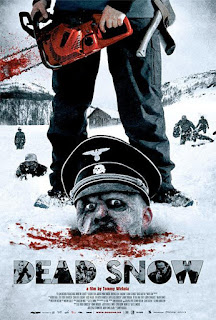 Several friends take to the mountains and shack-up in the wilderness of back-of-beyond to enjoy a little R & R together, their peace is soon interrupted by a mysterious old man, warning them of a local curse that during the German occupation of the local area that these Nazi invaders were brutal and harsh in their methods of control. Telling of the legend of the villager's revolt that drove them up into the cold, dark mountains where they perished, that is until rumour of their return in the form of zombies, evil Nazi zombies.

Back in 2010 it was confirmed that a sequel was in the works and it was to be shot in 3D. However, director Tommy Wirkola has been busy with Hansel and Gretel: Witch Hunters, so as to when he gets around to Dead Snow 2 could be a while.
Number 6 - I SAW THE DEVIL (Akmareul boatda - South Korea 2010) 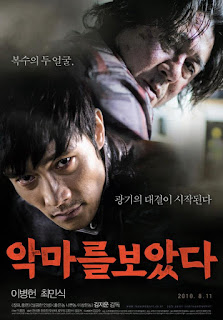 When his pregnant fiancee becomes the latest victim of a serial killer, a secret agent blurs the line between good and evil in his pursuit of revenge.
The Korea Media Rating Board forced Kim to recut the film for its theatrical release, objecting to its violent content. Otherwise, the film would have gotten a "Restricted" rating, preventing any sort of release in theatres or on home video.
You can read my review here.
"I will kill you when you are in the most pain. When you're in the most pain, shivering out of fear, then I will kill you. That's a real revenge. A real complete revenge" 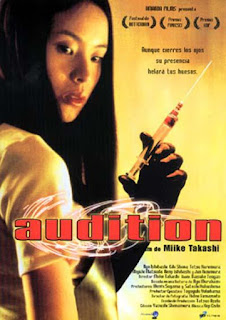 A lonely Japanese widower whose son is planning to move out of the house soon expresses his sadness to a friend and fellow film producer, who becomes inspired to hold an audition for a non-existent film so that the widower can select a new potential bride from the resulting audition pool. The widower ultimately becomes enamoured with and fascinated by one particular young woman...but first impressions can often be horribly wrong.

Audition had its share of audience walk-outs. When shown at the 2000 Rotterdam Film Festival, one enraged female viewer confronted Miike, shouting at him, "You're evil!"
For its unflinching graphic content, the film has been likened to the film adaptation of Stephen King's Misery and Nagisa Oshima's In the Realm of the Senses. However, the torture scene in the movie is very brief, and only a few shots show the actual torture, focusing more on Asami's sadistic enjoyment of it. 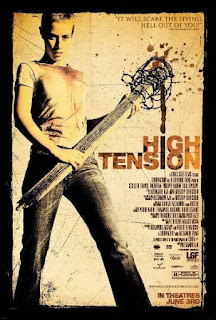 French college students, Marie and Alex, head to Alex's secluded farmhouse in hopes of studying for their exams without distractions. While settling in, a man breaks into the home and brutally murders Alex's family while Marie tries to hide herself from the killer. When the killer binds and kidnaps Alex, Marie follows him, attempting saving her friend and, along the way, running into some dangerous obstacles.
Alexandre Aja and Grégory Levasseur (writers) are childhood friends and made this film as a homage to the old-school horror films of the 70's and 80's that the two would watch together growing up.
The camera used during the car-attack scene got so much fake blood on it during shooting that when it was being used on another film later on, fake blood oozed from it during the focusing of a shot.
Number 3 - JU-ON (The Grudge - Japan 2002) 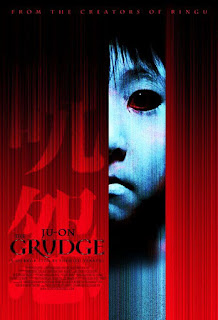 An evil curse and vengeful spirits seem to linger upon a house where the horrific murder of a woman and child took place and anyone who sets foot inside the house is marked for a terrifying haunting which will not rest. One by one, those who have been tainted by the house begin to die, and nowhere is safe.

A sequel, Ju-on: The Grudge 2, was released in 2003 and in 2004 Sony Pictures Entertainment released an American remake of the film. The film was again directed by Takashi Shimizu and starred Sarah Michelle Gellar. The main plot of the film followed Rika's experience within the house but with a different ending.
On the DVD audio commentary on the Ju-on: The Grudge 2, the filmmaker said, "I want to move on and try other things, and then, maybe, when people stop remembering me for Ju-on, I may come back and make Ju-on 3 for Japanese audiences." 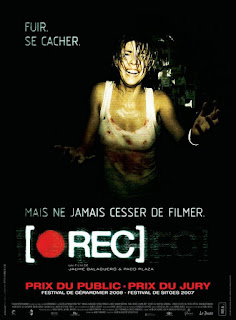 A television reporter and cameraman follow emergency workers into a dark apartment building and are quickly locked inside with something terrifying.

[REC] has spawned 3 sequels, [REC]2, [REC]3 Génesis and the soon to come [REC] Apocalypse. It got an American remake called Quarantine and the release of [REC] was postponed in the states till after the remake was released!

It's also caused a bit of an argument whether this is a Zombie or a "Not Zombie" movie!

During the filming of the scene where the young fireman falls from the stairs, not a single actor knew that was going to happen, so the reactions we see on the films were the real reactions of the actors themselves.
Number 1 - MARTYRS (France 2008) 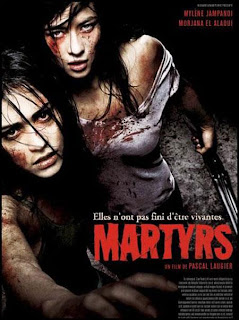 A young woman's quest for revenge against the people who kidnapped and tormented her as a child leads her and a friend, who is also a victim of child abuse, on a terrifying journey into a living hell of depravity.

This came as quite a surprise, but it was mentioned in 80% of the voters top ten.

"Lucie was only a victim. Like all the others. It's so easy to create a victim, young lady, so easy. You lock someone in a dark room. They begin to suffer. You feed that suffering. Methodically, systematically and coldly. And make it last. Your subject goes through a number of states. After a while, their trauma; that small, easily opened crack, makes them see things that don't exist."

So there you have it, represented is Japan, Sweden, Norway, South Korea, Spain and France coming out on top.

I'm already thinking about next years top ten! I'm also open to suggestions from the people that count and that's you, the reader, the horror fan. So leave a comment here or head over to Maven's Movie Vault of Horror on facebook to brainstorm with me!