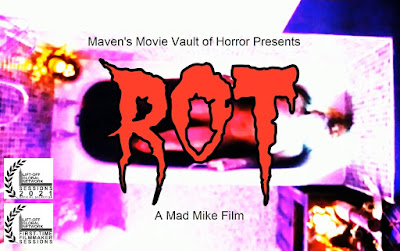 I'm proud to announce the very first film under the Maven's Movie Vault of Horror banner, short film "ROT." Directed by myself and written / produced by my wife and I, the 5 minute short has been selected by the Lift-Off Global Network's Lift-Off Sessions (the festival will be live on Vimeo On Demand: 15 - 22 February) and First-Time Film Maker Sessions (the festival will run on Vimeo On Demand: 22 February - 1 March).

ROT is an experimental piece that requires one's own subjective overview to formulate an opinion on what is transpiring. With its use of lighting, transitions and haunting score you will bare witness to a bleak yet beautiful nightmarish experience. 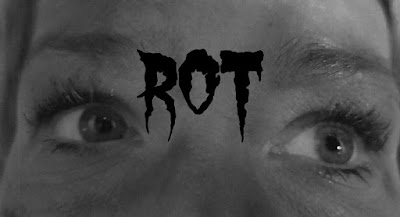 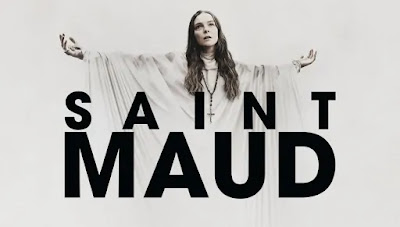 Saint Maud is the feature length debut from writer and director Rose Glass. The film did the rounds playing at various film festivals in late 2019 and has recently been released on DVD and Bluray.

The story is simple enough. We follow nurse Maud (Morfydd Clark) as she looks after the house bound Amanda (Jennifer Ehle). At the start of the film we catch a glimpse of some sort of accident in a hospital involving Maud. Some time after this event the film then picks up with Maud getting ready for her new job and praying to God before leaving her little bedsit as she embarks on a new journey, both with religion and her patient.

Throughout the rest of the movie we see Maud and Amanda's relationship grow, Maud's spiritual experiences manifest and eventually her faith tested, which in turn leads to something more sinister.

Like with everything I watch nowadays, I don't actually read up on too much information, plot details etc. in order to go into whatever I watch with little expectancy or mainly not over hyped. In fact I hadn't even watched the trailer for this! I did however do a little research into Rose Glass straight after watching the movie as I had a few questions regarding the motive behind what I'd just watched. This was met with pleasant surprise and Rose Glass sounds like she has her heart in the right place.

As I said before, it's a simple story. Almost too simply. To be completely honest, it was rather lazy. A victim of trauma finds faith and takes it too far. It's been done to death and done a hell of a lot better, especially the writing as it was very clichéd in some parts. I'd go as far to say that certain scenes were quite childish. But where the script falls short, the acting, overall bleakness and direction certainly make up for it.

The film itself is certainly open to interpretation. Was it all in Maud's head? It was also possible that everything she went through and saw was very real. However, in reality it was Maud's decent into madness that ultimately shines through.

Being raised in what I refer to now as a Christian cult, I can certainly see how much of a dangerous road it can be for someone like Maud so I guess that resinated with me on some level and I did feel a little sorry for her. Amanda played her part in Maud's demise, however, she didn't deserve what happened to her in the end and the very final scene balanced that out perfectly.

The only negative points for me about the film was, as I said before, the writing. Something that Glass will definitely get better at with more experience. Part of the pub scene wasn't needed (the childish part I refereed to).

The positives far outshone the negative though. The pacing was spot on, and that in itself is hard to get right, especially for a debut feature film. The acting came across as natural and flowed well. And if it wasn't for the excellent direction, in all honesty, it could've been a complete mess. 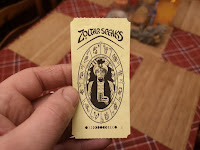 I also loved the fact that it was filmed in Scarborough. My family and I often have days out there and we still have a ticket from the very same Zoltar machine seen in the background in a particular scene.

So if you like slow burn psychological horror and don't mind the over obvious horror elements (which reminded me somewhat of The VVitch, which I wasn't a fan off) then I'd recommend it. I'm looking forward to seeing what Rose Glass does next.