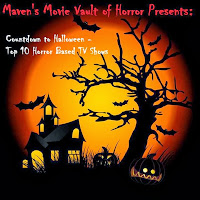 It's that time of year again! Yes, Halloween, the best time of the year for us horror fans. And that means one thing here on the Maven's Movie Vault of Horror blog, the results for this year's Countdown to Halloween 2013, as voted by the fans on the facebook.


So without further ado, let's begin... 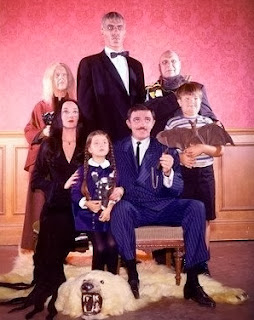 The television series featured a memorable theme song, written and arranged by longtime Hollywood composer Vic Mizzy. Check it out... 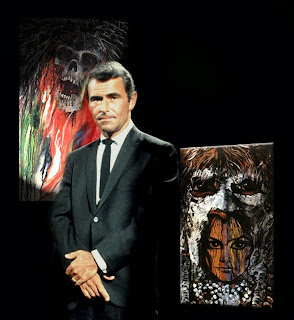 Night Gallery is an anthology series that aired on NBC from 1970 to 1973, featuring stories of horror and the macabre. Rod Serling, who had gained fame from an earlier series, The Twilight Zone, served both as the on-air host of Night Gallery and as a major contributor of scripts, although he did not have the same control of content and tone as he had on The Twilight Zone.

The series was introduced with a pilot TV movie that aired on November 8, 1969, and featured the directorial debut of Steven Spielberg, as well as one of the last acting performances by Joan Crawford.

Check out this TV Promo Spot... 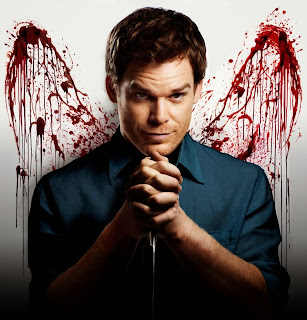 Meet Dexter Morgan. By day he's a blood spatter pattern expert for the Miami Metro police department. But by night - he takes on an entirely different persona: serial killer. But Dexter isn't your average serial killer as he only kills people who fit a very prolific and precise "moral code" taught to him by his late father Harry, and developed very thoroughly throughout each kill.

Dexter aired on Showtime from October 1st, 2006 to September 22nd, 2013, with 8 seasons altogether. Michael C. Hall has received several awards and nominations for his portrayal of Dexter, including a Golden Globe award. 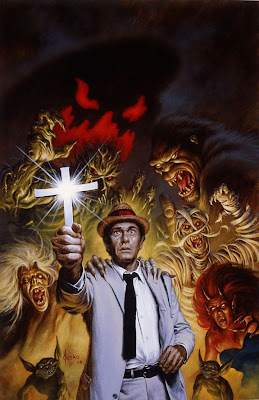 Carl Kolchak (Darren McGavin) was a reporter for Chicago's Independent News Service, and a trouble magnet for situations involving the supernatural. Kolchak turned his investigative skills to vampires, werewolves, zombies and all manner of legendary creatures, but in the end he always failed to convince his skeptical editor.

Kolchak: The Night Stalker is a television series that aired on ABC during the 1974–1975 season. The series was preceded by two television movies, The Night Stalker (1972) and The Night Strangler (1973). The series only lasted a single season. The main character originated in an unpublished novel, The Kolchak Papers, written by Jeff Rice. After the success of the TV movie and its sequel, the novel was initially published in 1973 by Pocket Books as a mass-market paperback original titled The Night Stalker, with Darren McGavin on the cover to tie it to the movie. Moonstone Books continues to produce Kolchak comic books.

Number 6 - Tales from the Crypt 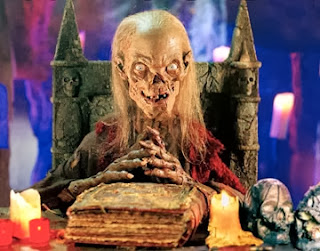 The title is based on the 1950s EC Comics series of the same name and most of the content originated in that comic or the four other EC Comics of the time (Haunt of Fear, Vault of Horror, Crime SuspenStories, and Shock SuspenStories).

The wisecracking Crypt Keeper (pictured), who was voiced by John Kassir and performed by puppeteer Van Snowden, would introduce each episode. Check out the intro... 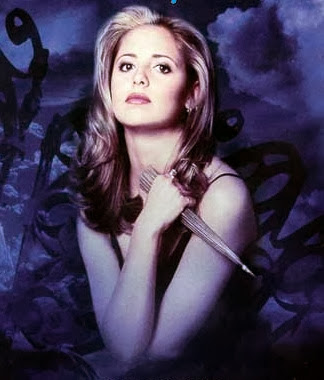 At the young age of 15, Buffy Summers (Sarah Michelle Gellar) was chosen to hunt vampires, demons, and the forces of darkness. Joined by friends Willow and Xander and her watcher Giles, Buffy fights the challenges of High School and saves the world...a lot!

The series aired from March 10th, 1997 until May 20th, 2003. The series was created in 1997 by writer-director Joss Whedon under his production tag, Mutant Enemy Productions.

The idea was first visited through Whedon's script for the 1992 movie Buffy the Vampire Slayer, which featured Kristy Swanson in the title role.

Buffy's success has led to hundreds of tie-in products, including novels, comics, and video games. Check out this cool tribute video... 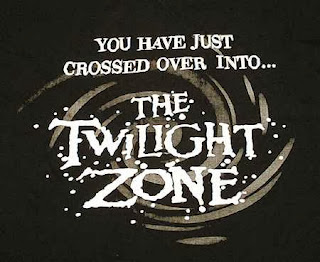 Rod Serling's seminal anthology series originally ran from 1959 to '64 and focused on ordinary folks who suddenly found themselves in extraordinary, usually supernatural, situations. The stories would typically end with an ironic twist that would see the guilty punished.

The success of the series led to a feature film, a radio series, a comic book, a magazine, and various other spin-offs that spanned five decades, including two "revival" television series. The first ran on CBS and in syndication in the 1980s, the second ran on UPN from 2002 to 2003. 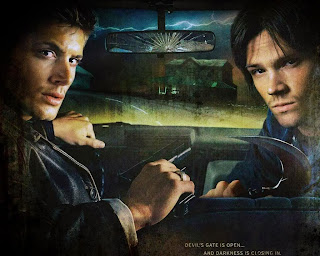 Supernatural, now in its 9th season, was created by Eric Kripke. It was first broadcast on September 13th, 2005 on The WB and is now part of The CW's lineup. Starring Jared Padalecki as Sam Winchester, and Jensen Ackles as Dean Winchester, the series follows these two brothers as they hunt demons, ghosts, monsters and other supernatural beings in the world.

An important aspect of the series is the use of classic rock, over which creator Eric Kripke threatened to quit when the network would not allow its inclusion.

Check out the road so far... 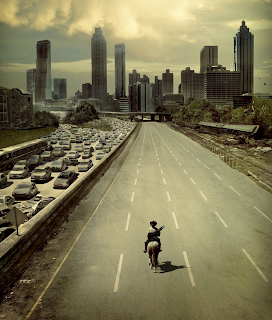 The Walking Dead is based on the comic book series of the same name by Robert Kirkman, Tony Moore, and Charlie Adlard and developed for TV by Frank Darabont. The series stars Andrew Lincoln as sheriff Rick Grimes, who awakens from a coma to find a post-apocalyptic world dominated by flesh-eating zombies. He sets out to find his family and encounters many other survivors along the way.

The Walking Dead premiered on October 31st, 2010, on the cable television channel AMC and has just started its 4th season.

The most popular character is Daryl Dixon (Norman Reedus), even though he was never featured in the original comics.

Here's an idiots guide to The Walking Dead...

Created and produced by Ryan Murphy and Brad Falchuk American Horror Story is an anthology series, each season is conceived as a self-contained miniseries, following different characters and locations, and a storyline with its own "beginning, middle, and end."

The series is bloody, brutal, graphic and disturbing. Even the opening title sequences are creepy! Check out all 3 below...


So there you have it, the fans of Maven's Movie Vault of Horror on Facebook have spoken! I would like to thank them all for getting involved and casting their votes once again for this year's Countdown to Halloween. What do you think to list? Let me know below.

M is for Marriage is a short film written and directed Todd E. Freeman and stars Natalie Victoria, Jeffree Newman and Michael Draper.

Louise is in a therapy session, albeit a very strange one with interesting techniques. Dr. Christian is helping her move pass her husband's infidelity and teaching her to control her hatred. A hatred that can manifest itself physically with devastating effects.

The film runs for 3 minutes plus the credits, but it's still a very powerful piece. The performances are delivered with precision along with slick direction. The practical effects are simply scintillating and the score alone creates a tense atmosphere for the whole time.

M is for Marriage is not just a sneak peek into Freeman's next project, Love Sick, but it's also an entry into the ABCs of Death 2 26th director. Now this is where you guys, the readers, come in. I'm personally backing M is for Marriage and I want you to do the same.

How? I hear you ask! Well, that's easy! Click on this link here so you can watch the film and follow these instructions...