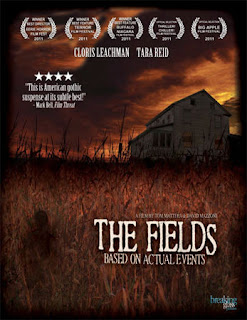 Set in 1973, young Steven is witness to a domestic incident between his mother and father, which results in him having to live with his grandparents who live in a house that backs onto a massive corn field.

Traumatised by the event, Steve spends his time outside, playing with his Godzilla and dinosaur toys and occasionally nipping out with his grandad to pick up the groceries. He also seems to have an obsession with Charles Manson, who he sees on the TV, thinking he will escape prison and come after him!

While playing in the corn field, he stumbles across a dead girl. Although he tells his grandad, the old boy thinks nothing of it, other than putting it down to a child's wild imagination.

Out and about, picking up some milk from the local farm shop, Steven sets off alone to take a peek at the cows, where farm hand Eugene is working. Right from the get-go, Eugene gives off creepy vibes, even though him and Steven already know each other.

Inbetween the normal ruotine of life, playing around the house, slipping off into the corn field and having random encounters with hippies, disturbing things start to happen as the grandparents and grandson are terrorized by an unseen presence. As all this is going on, Steven's parents Bonnie and Barry are supposedly trying to work things out.


I do have to start by saying, about 40 minutes into the film I fell asleep! I put this down to the fact I was tired and simply went to bed when I woke up some 30 minutes later. So fresh out of the shower this morning, armed with a cup of tea and a cigarette, I sat down and watched it again, from the start.

Wide awake and bright eyed, I still stuggled to find anything of interest for alteast an hour into it! The mass of corn, the little Steven, the eerie surrounding of the whole place should've got me creeped out and on the edge of my seat. But it simply didn't. The discovery of the dead body in the field seems to get over looked, the completely random scene in the middle of the movie makes no real sense and the introduction of the hippies seems so obscure that you don't even think to yourself why they're there or why is this happening. The one thing that you can put your finger on, without giving certain things away, is predictable.

The best thing about this movie was Cloris Leachman performance as the racist foul mouthed grandma. Joshua Ormond, as Steven, came across with absolutely no emotional content what so ever. Yes, he's a kid, but I've seen better acting from younger performers. Lets face it, it's horror, the child of the piece should be creepy as hell while being cute and vulnerable at the same time. But in this case, there was simply nothing offered. In fact, the whole movie lacked any luster till around the 1 hour 25 minute mark, but even that died down after a few minutes! 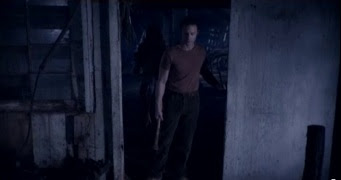 Looking back on it, it was a real shame because the story itself is actually quite clever, how each piece fits together and the random parts that feel like they shouldn't even be in the movie at the time, do complete the puzzle. I say puzzle, let me explain...

It was like doing a jigsaw puzzle of something you have very little interest in, but then the end product is actually rather interesting, but because of the hours spent putting it together you're still disappointed. This is how the movie made me feel. The concept was good but the delivery was poor. With a better main cast and better direction I would have really rated this film.

Unfortunately, because of this The Fields gets 3.5/10 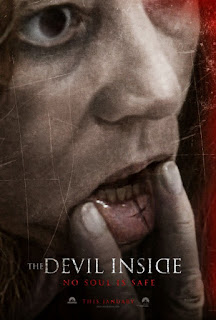 Having already had bad press on the movie, particularly the ending, I sat down and gave it ago for myself.

Starting off in 1989, we hear a police recording of an emergency call simply saying "I've killed them." Cut to VT and now the police have enter the house that the call came from. Dead bodies are shown and eventually a woman, Maria Rossi, is brought out and put in a police car.

The film shows a news story and police investigation showing the three members of the clergy whom she murdered. The Catholic Church became involved, and she has since been in a Catholic psychiatric hospital in Rome.

Cut to 2009, Maria Rossi's daughter, Isabella, who learned of the murders from her father, who died three days after telling her, is filming a documentary about exorcisms, and to find out more about her mother, she visits a school in Rome, where she meets two priests, Ben and David. Along with attending the school and performing sanctioned exorcisms, Ben and David, without the knowledge of the holy church, also investigate cases that have been deemed closed due to being a matter of a mental health issue rather than one of possession. They look at the tape and audio that the camera man, Michael, has gathered from a visit to Maria Rossi, in order to determine if she is indeed possessed. With Isabella wanting to know more, rather than simply explaining how an exorcism works, they take Isabella with them on a case to show her how it's done. Shortly after this, they visit Isabella's mother to carry out an exorcism, all be it a secret one.

There's no more to it than that! A very simple story shot in the manner of a found footage film. The good thing to point out is the acting, while most of the cast are average, Suzan Crowley (Maria Rossi) is excellent, as she pops in and out of different characters. 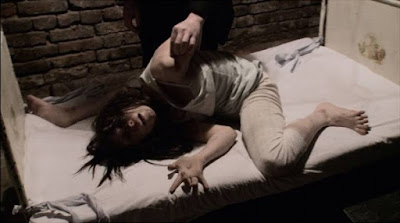 The direction is solid, the script is decent, the SFX are pretty damn cool but it still felt no more than an average film. This all leads to a very predictable and horrible ending. Which turned it into a below average film. Let's face it, The Exorcist (1973) is still the best possession / exorcism movie out there. I struggle to name one film that has equalled it, let alone surpassed it! If you can name one then let me know. In all honesty, if you haven't seen the Extended Director's Cut Edition in glorious full 1080p HD of The Exorcist (it was like watching it for the first time again), then watch that instead of The Devil Inside.

The Devil Inside gets a disappointing 4/10