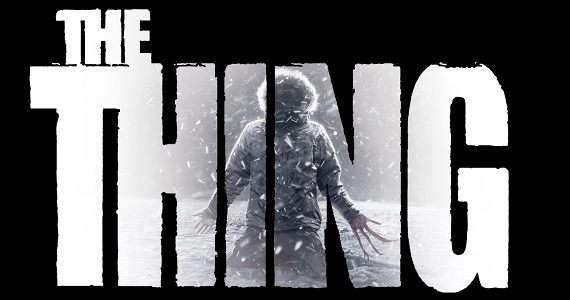 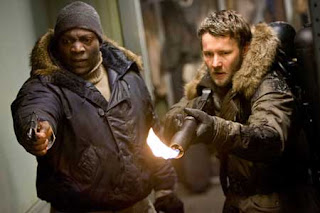 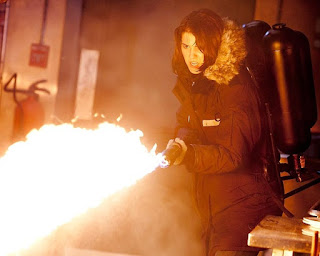 The plot -
In 1982, paleontologist Kate Lloyd is recruited by scientists Dr. Sander Halvorson and his assistant Adam Finch to join a Norwegian scientific team that has stumbled across a crashed extraterrestrial spaceship buried beneath the ice of Antarctica. They discover the frozen corpse of a creature that seems to have died in the crash 100,000 years ago.

After the creature is transported back to base in a block of ice, Dr. Sander orders them to retrieve a tissue sample, against Kate's protests. Later, while the others celebrate, co-pilot Derek sees the Thing escape from the block of ice. The team splits up into groups to search for the alien. Shortly after, all hell breaks loose as one by they the alien picks them off. 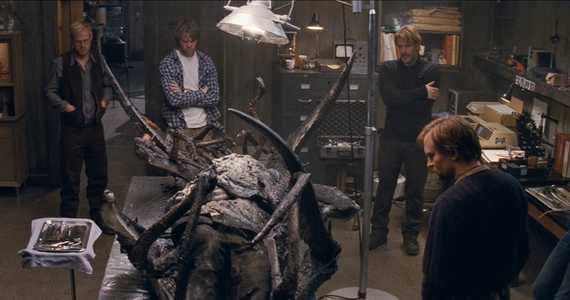 First off, lets clear any confusion, this is a PREQUEL to John Carpenter's The Thing (1982), not a remake. So if you have seen that, (and you should, if not why not?!), you should already know how The Thing (2011) ends. That's right, with the dog running in the snow being chased by the Norwegian guys in the Helicopter. 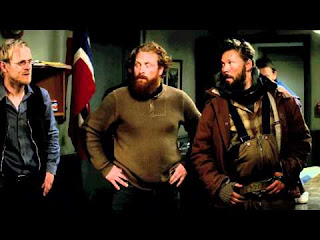 I was pleasantly surprised by this movie as I didn't really know what to expect as regards to direction of the script.

If you have seen Carpenter's movie then OK, this movie is predictable. But with the right direction it plays out well. In one scene you think they are gonna take a page right of Carpenter's movie but then things happen and it takes an alternative route. 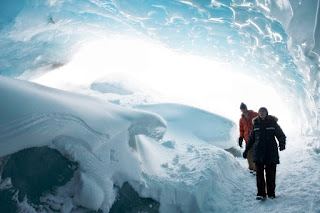 In fact the whole movie had the same feel to it as Carpenter's movie, which added to the mood and made it work better. 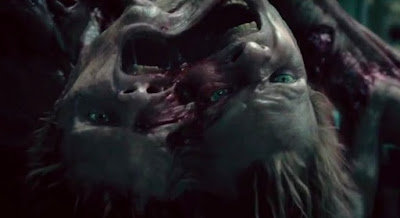 The one thing I have to pick on was the CGI. There was a little too much of it used when it came to the alien.
It seemed over complicated and not as graphic as it could be.

Without ruining the ended (as I said before, you should know how it ends), don't go switching it off thinking "that's not how it supposed to end," wait for a few minutes as the end credits start, the actual ending is shown then, before the rest of the end credits.

Overall it was a decent film and well worth a watch, even if you're a die hard John Carpenter fan!