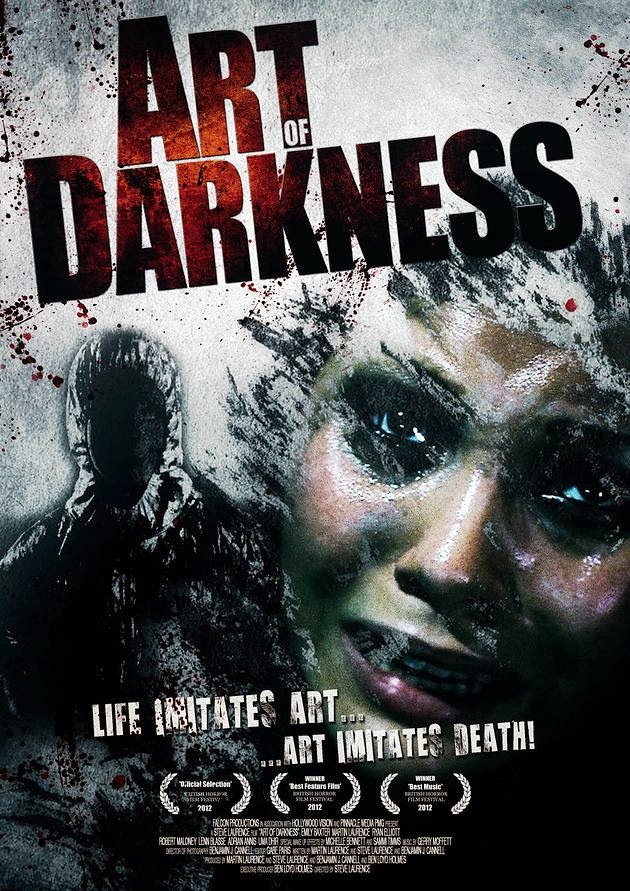 To put it bluntly British horror Art of Darkness, otherwise known as Art House Massacre, is a solidly average film. This is still quite an accomplishment for a movie with an unknown cast and a small budget however.

The acting is often wooden but the stand-out from the movie is without a doubt Emily Baxter who will hopefully have a future in this. She really carries the film and presents a well-rounded character that you can actually relate to. It is a shame the same cannot be said for her on-screen husband whose actions just don’t quite make sense given his situation.

There is a suitable amount of gore to be enjoyed and it is done well considering the limited resources of the film. Unfortunately, there are also several long scenes with overly distracting music which just involve characters exploring or attempting escape in the dark which I felt disrupted the tone of the movie. As a result, although the plot is interesting I feel it loses some audience engagement as it feels overly drawn out.

The discovery of the killer’s ‘collection’ and a final action scene help end the film on a high note. This is not a film in which the scares will stay with you for a long period but it was one in which I wanted to see how the surviving characters fared after the credits rolled so it depends on what you want from your horror.

This film has its faults but is definitely worth a watch as it’s a good example of a starting point in horror and I am interested to see what Steve Laurence produces in the future.

Check out the trailer here...