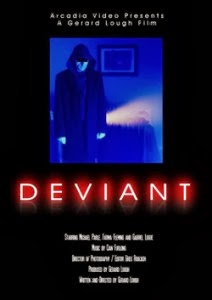 This short horror film from Irish director Gerard Lough steers clear of the supernatural and instead focuses on a very real human fear of a break-in. The plot is not what you expect though so I will say no more but the familiar settings make this genuinely scary.

The element of the unexpected makes this a brilliant watch as it leaves you on the edge of your seat, pardon the clique. The acting of villain Michael Parle is astonishing and watching his macabre routine makes this a slow burner, I know how strange that sounds in relation to an eleven minute movie but once you watch it I’m sure you will know what I mean.

As I do not want to give too much away the only thing left to comment on is the phenomenal music which complements the action perfectly as it ranges from vaguely unnerving to completely jarring.

I would say that this short has to be seen to be believed and once you have watched it I think it will stay with you for a while and you will certainly never be able to look at a glow stick in the same way again!

Check out the short film here...