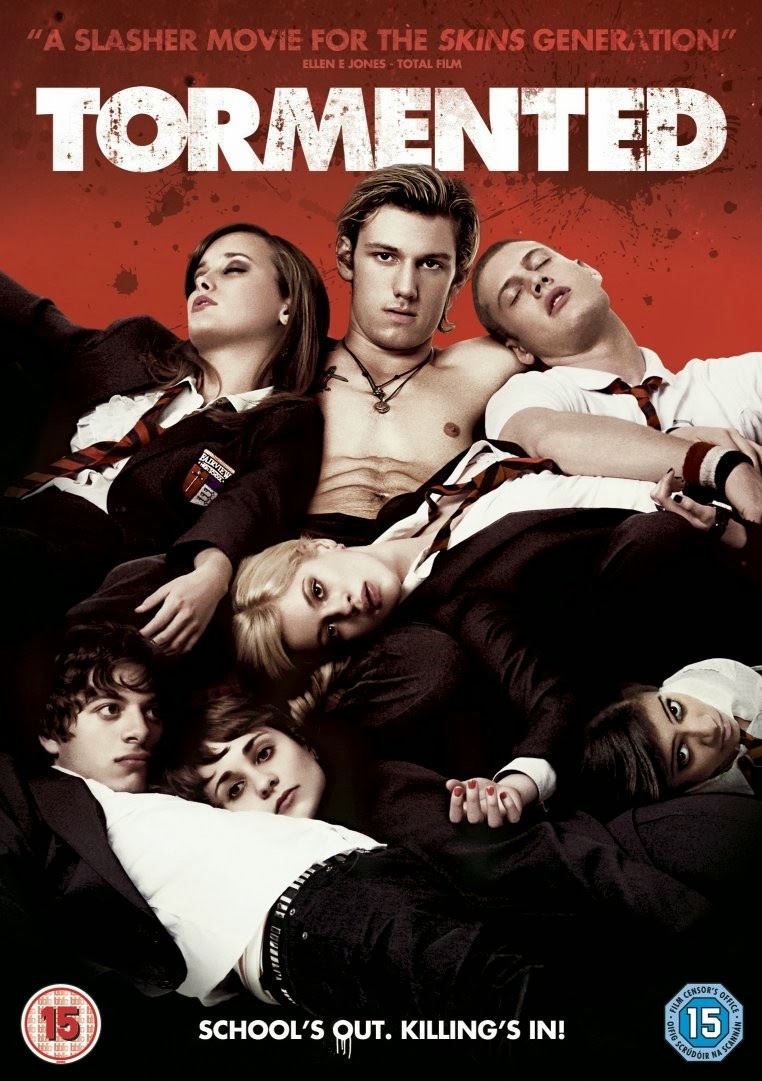 Let’s be honest. There is nothing too original in the plot of British horror comedy Tormented; after a funeral of a classmate, the ‘popular’ kids start having some particularly violent accidents. However, the movie works despite this because for the most part it knows what it is and doesn’t stray from that.

The actors portray the typical stereotypes expected from a teen slasher movie, two I recognised from Skins so they were probably not really flexing their acting muscles, and personally I don’t see anything wrong with that. These are the characters you expect to see and also the kind of people that you can revel in their death if you so desire.

The film also has a good number of gory deaths, look out for the art room guillotine scene particularly, so it’s a fun ride.  These are also the scenes that provide the most comedy, whether that is intentional or not. The majority of the comedy scenes in the script come from false scares which are enjoyable for a time but there are a few too many of these and they begin to lose their effect.

That brings us to the ending of the film. At this point, the writers decided to play on morals which had not been explored enough throughout so this seems jarring and too deliberate. I am aware that the ending of a film is the hardest part to get right but I felt this one lost its way which was a little disappointing.

So in conclusion, Tormented is a movie I would recommend particularly if you’re in the mood for gore but it does not stand up as well on subsequent viewings.