With filming in full swing on Rock Band Vs Vampires, I caught up with the very beautiful Dani Thompson. Dani plays the role of Angelica Black in the independent comedy-horror feature directed by Malcolm Galloway.


Tell me a bit about yourself. Previous work during your career and what got you into acting?

Dani: "I started out in the industry modelling and then from that I landed a couple of small roles in film and TV and decided that acting was something I wanted to pursue and the modelling industry had changed over the years so I felt it was the right time to move on too so I did a year at London drama school and have been working pretty steadily since I graduated in 2010. I've always been a big horror fan and I kind of just fell in to working a lot within the genre. I've filmed quite a lot of movies that are in talks with distribution companies at the moment, to name just a few, Zombie Women Of Satan 2, Axe To Grind, Cute Little Buggers and Serial Kaller which I also wrote and produced and I'm now RBVV (Rock Band Vs Vampires)."

How did you get the role of Angelica Black in Rock Band Vs Vampires and what attracted you to the project?

Dani: "It has a very catchy title, I saw an ad somewhere and contacted Malcolm Galloway via email straight away, he got back to me within about half an hour and another half hour later I was sitting in Starbucks with him talking about the project."

What can we expect to see from your character Angelica Black?

Dani: "Angelica is very strong, they say that behind every powerful man there is an even more powerful woman and this is the case with Angelica and Winterford, Angelica lets Winterford think he's in charge but really it's her calling the shots." 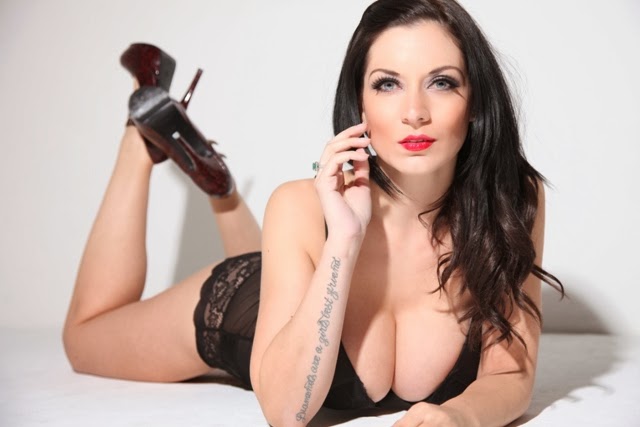 How did you prepare for the role?

Dani: "We had some rehearsal time which was actually a bit of a luxury as with low budget indies you don't always get that."

What is it like working with the varied cast of Rock Band Vs Vampires and director Malcolm Galloway?

Dani: "It's great, it's quite a big cast and crew and everyone is so good at what they do and dedicated to making the film as good as it can be.I'd seen some shorts Malcolm had shot before and was impressed so I was excited to be on board."

You're also starring in Cute Little Buggers. According to IMDB both movies are in the filming process, if that is correct how do you find juggling the two and switching between roles?

Dani: "We actually shot CLB in the Summer, it was fun although I fear I may look a little sunburned in one of the scenes . . . I was actually meant to be shooting another film called Powergirls (not a horror) at the same time as RBVV so would have been juggling there but there was a hold up with costume so that's going to be shot in 2014 now."

I also see on IMDB you have what looks like a very busy schedule! Tell me about what's in the movie pipeline for you.

Dani: "I do, I am off to Bulgaria in February to film Christmas Slay, I've just mentioned Powergirls is going to be rescheduled for 2014 and I'm also producing another film which is a little hush hush at the moment but we will hopefully be shooting that in 2014 too." 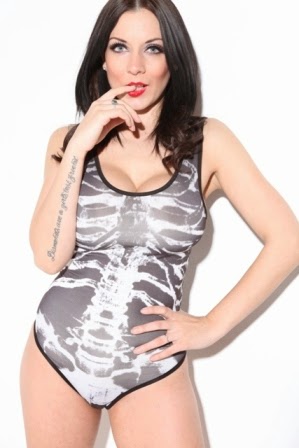 On a more personal note...

Dani: "Love them - apart from the count in Sesame Street, I used to have nightmares about him when I was little! but then I outgrew my vampire fear when I discovered Count Duckula maybe because he was vegetarian, I don't know but I was a massive Buffy fan, actually I still love curling up on my sofa and having a Buffy boxset day, Angel too and of course True Blood. Enough with the Twilight though, real vampires don't sparkle!"

Would you call yourself a Horror fan and what's your favourite scary movie?

Dani: "I love 90's slashers, my favourite probably being Scream, a big fan of Wes Craven but I love I know What You Did Last Summer, Urban Legend, Final Destination, The Craft, so many good ones."

What do you do for fun?

Dani: "Typical girl, I like to shop . . . I love browsing vintage fairs and boutiques, I think I was born in the wrong decade, I would have loved to have been able to experience the 50's - apart from the fact that then I'd be really old now but women were so glamorous then. In the Summer I party a lot but now it's Winter I'm hibernating, I have a cinema screen in my bedroom so I watch a lot of movies, mainly horror but I do like the odd chick flick."

There you go guys, she's beautiful, talented and has great taste. A big thank to Dani for doing the interview. For more info/updates on Dani, hit up these links - Website - Twitter - Facebook

Rock Band Vs Vampires is currently in production, and due to be completed by Summer 2014.

Rock Band Vs Vampires is an independent comedy-horror feature film intriguingly combining the worlds of vampires and Camden’s music scene.

Shaun Of The Dead meets Spinal Tap with a hint of Python.

Jeremiah Winterford is an old-fashioned vampire who finds himself awkwardly out of place in a modern world. Forced to move from Winterford Manor following a torching by his vampiric rival Jako Van Zyl, Winterford and his surviving acolytes find themselves making a new home in Camden (London's musical capital). Where better for a vampire to hide in plain sight?

Sorcerer's Tower, an unsuccessful prog-rock band are booked to play at the re-opening night of a Camden venue, now under new (vampiric) ownership. Armed with their instruments, can the band save their small number of fans from an eternity of vampirism?
Posted by Mad Mike at 19:50