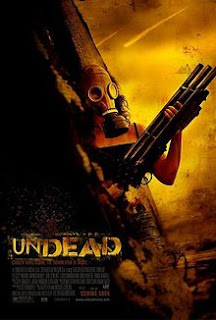 The Plot -
Peaceful, rustic Berkeley is a charming fishing community where life is sweet and the people are friendly. All that is about to change. After losing her childhood farm to the bank, local beauty Queen Rene decides to leave town and head for the big city. Suddenly, an avalanche of meteorites races through the sky, bombarding the town and bringing an otherworldly infection. Departing is going to be much more difficult than she had planned. The living dead are awakened and Rene is now caught in a nightmare of zombies hungry for human flesh. 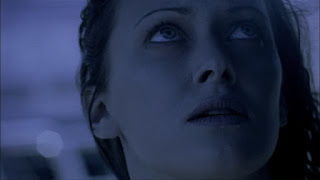 The Review -
As our heroine, Rene, tries to escape her dreary life in her home town, the rest of the residents are being showered with meteorites. As the meteorites hit, the locals are turning into the undead, attacking anything that looks good enough to eat.
Rene jumps into a friend's car and heads off, but on the way out of the town they come across a road accident involving a few other vehicles. 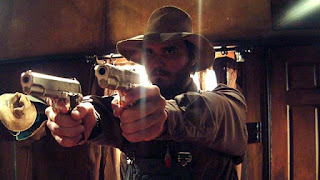 This is where Rene comes across the Zombies. Through the horde of living dead comes an armed man laying waste to some of them. She runs instead of fighting and finds, what seems to be, an empty house, but residing there is local fisherman, Marion, who is the gun toting slayer from earlier on the road.
Not long after they get acquainted, they're joined by a man and his pregnant wife and two police officers, also trying to escape from being eaten. 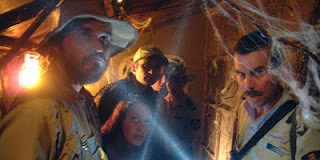 The house soon becomes over run with Zombies so the six of them head down into Marion's bunker, below the house. Realising they're stuck down there without food or water they decide to head back up into the house and make a break for Marion's van so they can get the hell out of there.
Meanwhile, most the town has been over run with more undead. In the van they reach the town limits only to find a huge wall like structure blocking their route. Covered by a down pour, of what looks like acid rain, all is not as it seems. Marion's earlier story of aliens is starting to make sense. Could aliens be involved, could they be responsible for the Zombie invasion, or are they all going mad? Will Rene step up to be the leader and hero the town folk need or will she and the rest of people left, fall prey to the strange happenings?

This Australian film has a B-movie feel to it and is full of "popcorn cheese" that will give you a little giggle from time to time. There's lots of blood splatter and body parts getting chopped off. The gun action is over the top and some of the acting is too. Felicity Mason permanently looks confused, shocked and surprised all at once. Mungo McKay plays the strong silent type well. Dirk Hunter plays the annoying as hell cop, who you just want to shoot in the face! But I guess that's all part of the charm. It gets all a bit too silly with the introduction of aliens though. It kind of makes sense but then I think it's just one of those movies where it doesn't really matter. The movie is full of bloody fun and is worth checking out if you like that.