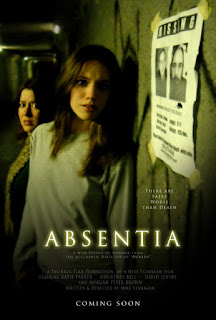 
The Plot -
Tricia's husband Daniel has been missing for seven years. Her younger sister Callie comes to live with her as the pressure mounts to finally declare him 'dead in absentia.' As Tricia sifts through the wreckage and tries to move on with her life, Callie finds herself drawn to an ominous tunnel near the house. As she begins to link it to other mysterious disappearances, it becomes clear that Daniel's presumed death might be anything but 'natural.' The ancient force at work in the tunnel might have set its sights on Callie and Tricia, and Daniel might be suffering a fate far worse than death in its grasp. 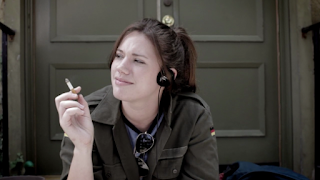 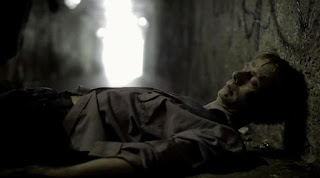 Callie returns to her sister's house, after spending a considerable time away on the road. While she waits for Tricia to get home, Callie notices the ominous looking passage way further down the street. Later Tricia explains that it leads out to a park that is rather nice. The next day Callie decides to go for a jog heading through the tunnel. She finds on the other side that it's a good place to jog round and over looks the city. On the way back down the tunnel she stumbles across, what looks like, a homeless man, who isn't making much sense.
Back at the house, Tricia is having trouble coming to terms with the fact that her missing husband, Daniel, has now been gone for 7 years, which in turn means she can now file for a death certificate via absentia. But for Tricia, this comes with sleep deprivation and seeing things, namely Daniel. 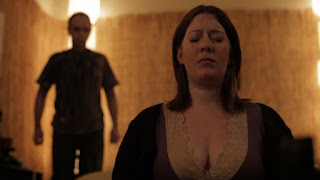 While this is going on, Callie decides to head back to the tunnel and take some food for the weary looking man from her earlier jog. However, he's now gone, so she leaves the food anyway. As she turns to head back to the house someone else is there, a strange man, also setting down a parcel. Shortly after this, strange things start happening in the house with objects appearing from nowhere and scuffling sounds of a large insect can be heard.


After receiving Daniel's death certificated and talking to a therapist, Tricia decides it's time to move on with her life. As she's friendly with the detective who's helped out with the missing person case, she asks him out on a date. Although it's quite obvious that the pair already have carnal knowledge of each other. But as they leave the house to go out on their date, a stumbling, shaky figure approaches them. They're both shocked by what they see. It's Daniel, battered and bruised and looking half dead! He's wearing the same cloths and still has a full wallet, that he originally went missing in. With no explanation as to wear he's been, Daniel is very confused and frightened. Callie decides to look into what's happened further, only to find that the tunnel is not all it seems, with a number of disappearances from that same area dating back decades. Will they find out what really happened to Daniel and will it cost them more than what they bargained for? 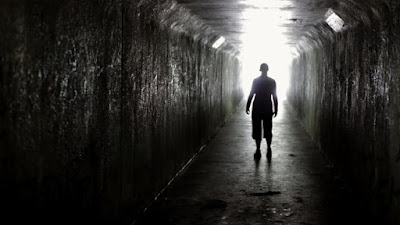 This is rather a slow paced film with more dialogue than action. But with the performances of the cast and the interesting story, it more than keeps your attention. What we have here is something for the mind as you never actually see what's lurking down the tunnel. And there's never any need to, as it's well written and directed by Mike Flanagan, the intrigue is enough to satisfy you. It's an original take with a twist on a classic the fairy tale of Three Billy Goats Gruff. This one I would recommend for the less blood and gore oriented and more for those looking for emotional content.