The plot -
Ex-soldier turned contract killer Jay, eight months after a disastrous job in Kiev left him physically and mentally scarred is pressured by his partner, Gal, into taking on a new assignment. As they descend into the dark and disturbing world of the contract, Jay begins to unravel once again – his fear and paranoia sending him deep into the heart of darkness.

This isn't your average horror movie. This isn't the typical crap that low budget companies in the US churn out nor is it a big budget overrated Hollywood horror.

This is a British low budget horror giving the big boys with big bucks a run for their money! 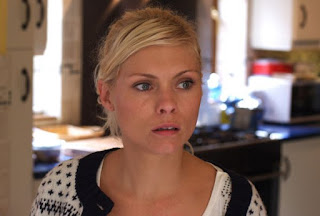 The movie goes straight into the home life of Jay, Shel and their son Sam.
They seem like the typical family, arguing, having fun and having friends over for dinner.
Then you realise that all is not as it seems!
Even though the movie moves slowly, the dialogue, seductively scuzzy images and pitch-perfect performances keep you interested.
You get a real connection with the characters. 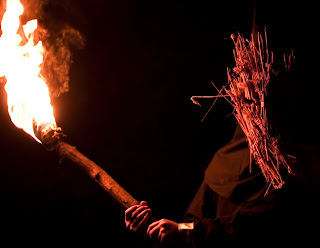 With the way each scene is delivered and how natural each performance is ( even though some of it is improvised ), you over look the ever so slightly predictable story.

From Hitman thriller with scenes of smashing fingers and skulls with a hammer, it soon takes a dive into the horror of ritualistic pagan ceremonies.

The twist and turns will keep you wanting to know more.

This movie is funny and bleak, tender and cruel, serious and out-there, weird and wonderful all at the same time.

Check out this clip below...