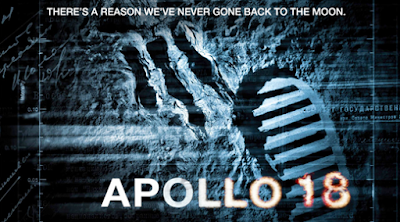 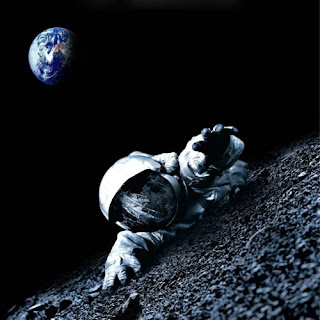 The plot -
Decades-old found footage from NASA's abandoned Apollo 18 mission, where two American astronauts were sent on a secret expedition, reveals the reason the U.S. has never returned to the moon.

In December, 1973, the crew of the previously-cancelled Apollo 18 mission is informed that the mission is a go, though it has now been deemed a top secret Department of Defence mission. Commander Nathan Walker, Lieutenant Colonel John Grey and Captain Benjamin Anderson are launched towards the Moon to place detectors to alert the United States of any impending Intercontinental ballistic missile attacks from the USSR.


Grey remains in orbit aboard the Freedom Command / Service module while Walker and Anderson land on the moon in the lunar module Liberty. While planting one of the detectors, the pair take samples of moon rocks. While attempting to sleep, the pair hear noises outside and a camera captures a small rock moving nearby. Houston claims the noises are interference from the ICBM detectors.

Anderson finds a rock sample on the floor of Liberty despite having secured the samples. During further exploration they discover footprints that lead them to a Soviet LK lander nearby, finding it functional but blood-stained. Anderson follows tracks leading into a dark crater and finds a dead cosmonaut. Walker queries Houston about the Soviet presence but is told only to continue with the mission. This leads to more strange sightings and noises where they find out that they are not the only organisms on the moon. 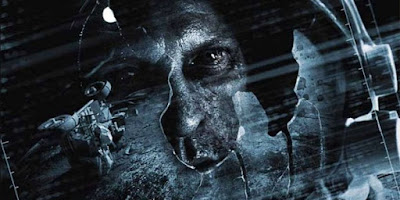 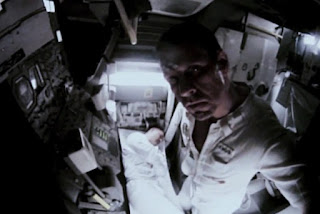 I was sceptical going in to watch this. It didn't have a great deal of good press.

After watching it I knew why!

The good things to take away from the movie were the effects, the use of actual space footage and camera work which did have the look of what it was supposed to - 1970s / on the moon, worked great.

The couldn't fault the acting either. 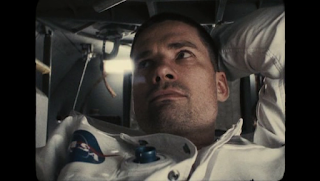 However, what was wrong with the movie out weighed any of that.

From the time they landed on the moon to the end of the movie, it felt like a complete miss-match of horror sub-genres that just didn't work together.


It was like a really bad version of Paranormal Activity / Alien / The Blair Witch Project / Arachnophobia all mixed together!  That's never going to work by anyone's standards. Plus there was no real tension that creeped me out or put me on the edge of my seat, it wasn't scary and didn't make me jump at any point.

I think it was a poor attempt on cashing in on the Found Footage sub-genre success of films like Paranormal Activity and The Blair Witch Project. 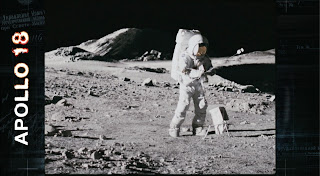 I think this movie would have worked better if they just shot it normally without the "old footage from NASA" part, as the story itself isn't that bad.


Would I recommend this movie? NO!