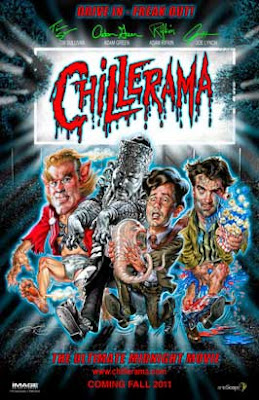 The plot -
It's the closing night at the last drive-in theatre in America and Cecil B. Kaufman has planned the ultimate marathon of lost film prints to unleash upon his faithful cinephile patrons. Four films so rare that they have never been exhibited publicly on American soil until this very night! With titles like Wadzilla, I Was A Teenage Werebear, The Diary of Anne Frankenstein, and Zom-B-Movie, Chillerama not only celebrates the golden age of drive-in B horror shlock but also spans over four decades of cinema with something for every bad taste.

Since this is an anthology I'll split it into the four films... 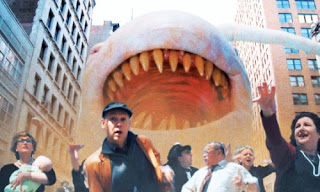 This is a spoof on 1950s monster movies and is about "a guy that goes to get his sperm count raised, and it creates one big sperm that attacks New York City". I Was a Teenage Werebear

This is a musical and a spoof Grease and The Twilight Saga. It is set in 1962 and is about a "closeted kid who meets these other closeted kids, who when aroused turn into leather daddy werebears". 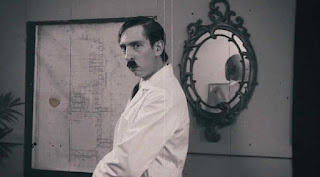 The Diary of Anne Frankenstein


This is a black and white film about Hitler "trying to create the perfect killing machine to win the war". 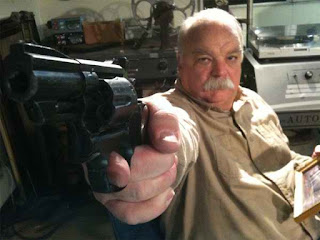 
This the main story that presents the other three stories and is a spoof of '70s and '80s zombie films. 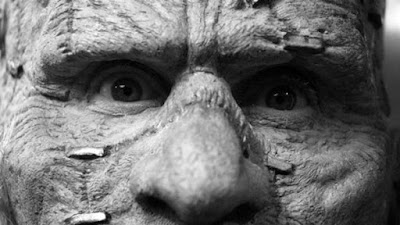 When heard that Adam Green ( Hatchet - http://mavensmovievault.blogspot.com/2011/11/hatchet-2006-hatchet-ii-2010.html ) was involved with this and not knowing much else about it, the two things I was expecting was silliness and blood. On these two things I was not disappointed! 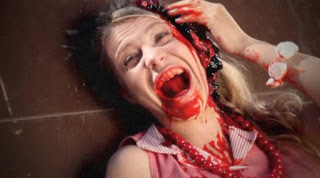 As it turned out this was more of a fantasy / comedy than a horror.

But it did pay homage to the cheap and cheerful horror B movies and video nasties of yesteryear.

With cheap special effects and crazy story lines, it made for some fun entertainment. 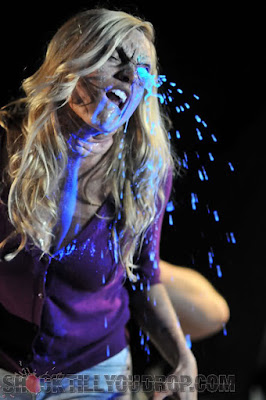 From bad acting to cheap effects to Grease like musical scenes to Joel David Moore speaking complete gibberish instead of German to some classic movie quotes, this movie will make you cringe while laughing your ass off.

With just a touch of gore for the horror fans and a couple of bits that might make you want to vomit but laugh at the same time, it's worth a watch if you like the old B movie and anthology format!

There is a fourth film that features but it gets interrupted by the the final instalment of the Zom B Movie, with the title of Defecation, this fecal onslaught is over mercifully quickly, as the zombie apocalypse is in full swing in the drive-in.

HOWEVER, if you are easily offended by such thing as gratuitous scrotum chewing, corpse rape, geysers of semen and outright discrimination towards homosexuals, AND, have no sense of humour, then I suggest you stay away from this movie!


Me personally, I'm pretty sick and twisted and will watch anything once and I found this movie making me laugh, a lot!

So in conclusion, Chillerama will not be every ones cup of tea, in fact it's more like a cup of whiskey / vomit / semen / coffee / blood. I will also TRY anything once! Ha ha.

Bare in mind that this movie is nothing more than a bit of fun and what I like to call "watchable shite" and you should enjoy it, if you're like me that is!!!

That said, overall Chillerama only gets a chilly 5/10