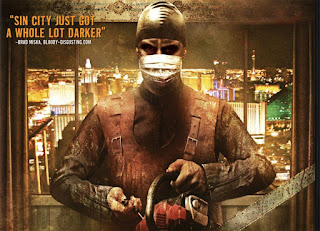 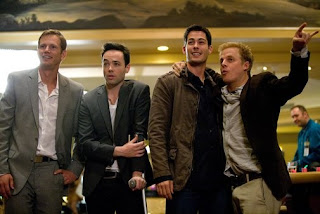 The plot -
High stakes gambling takes on a sinister new meaning in this third chapter of the terrifying Hostel series. Scott leaves his fiancée Amy at home to attend his bachelor party in Las Vegas with three friends; Carter, Justin and Mike. While there, they are enticed by two sexy escorts; Kendra and Nikki, to join them at a private party way off the Strip. The next morning Mike and Nikki are missing! 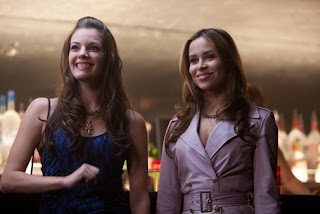 As they try to find their friends and retrace their steps, they are all horrified to find themselves the subjects of a perverse game of torture, where members of the Elite Hunting Club are hosting the most sadistic show in town.


The beginning of the movie starts of promising with the usual Hostel set up but with a twist. But then it doesn't really get ant better from there. The actual hostel situation doesn't get addressed like in the first to films. In fact it's only seen again once throughout the movie. If the "Elite Hunting Club" wasn't used then this could have been a stand alone movie, as it did feel like one. 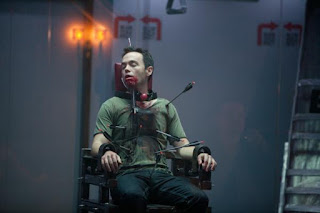 Instead of the dingy torture room there's now a clean, glass fronted area in which the victim is shown for all the EHC members to see and make bets on.

The deaths are made to be more elaborate with showmanship from the killer(s).

The effects aren't bad but there not great either. 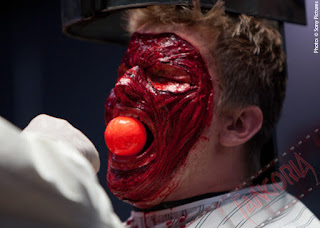 Even with the couple of twist and turns within the movie it never really got of the ground, it only just keeps your attention. It felt like a cheap version of the original two Hostel movies and doesn't deserve to be called a sequel!

Overall it had a good opening scene and a good closing scene but not much substance in between.

It's another one of those sequels that's been made for the sake of it, hence the straight to DVD release.