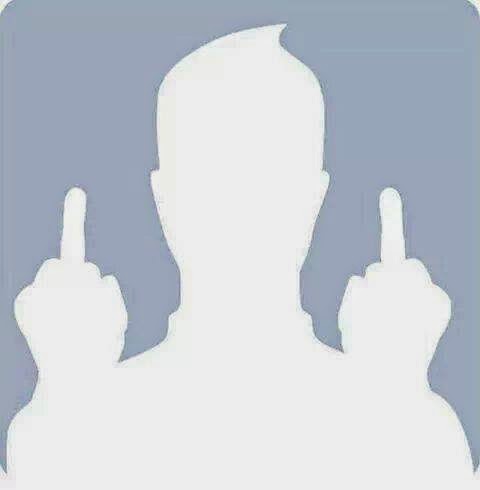 If you're on Facebook and you're a horror fan then I'm sure you're aware of the plethora of horror groups that are available to join. They majority of them are generalised horror groups, but there's a few out there that specialise in certain areas such as Found Footage, Foreign Language Horror, Indie Horror, Hammer Horror etc. and there's even my own horror group that's only available to UK/Ireland residents. This blog post does NOT apply to any of these specialist group though.

I've actually been wanting to write about remakes and the reaction of horror fans in these general groups, but my good friend Dani Carnage aka Doctor Carnage recently wrote a blog post on the subject and took the words right out of my mouth! I 100% whole heartily agree with everything in his post so I'm sharing it right here for you read - Doctor Carnage's world of horror: Remakes Remakes Remakes.

For those that don't me or are unfamiliar with what I do, then it's important for you to understand where I'm coming from with this post. I'm 36 years old and have a been a lover of film pretty much my whole life, with my favourite genre being Horror of course. With that love of film and the many different genres I watch, it was back in 2011 that I decided to specialise in this genre and start the Facebook Page Maven's Movie Vault of Horror along with this blog as a tool to write film reviews. For a short time I also wrote reviews for HORROR-MOVIES.CA. I'm also a senior committee member of the FRIGHT METER AWARDS organisation, where we honour the year's best in horror. Along with that I browse the many horror news websites and research films on a daily basis.

Over the years I've built a reputation that has had directors asking me to review their films before releasing them to the general public. This is something I'm very proud of. Even when my reviews have been negative, I have received positive feedback from directors still thanking me for my views and saying that they would take my constitutive criticism on board. As a lover of film and a horror film reviewer I pick up on all aspects. Direction, story, script, cinematography, editing, score etc. and give a subjective view on each.

OK, so we all have an opinion. These opinions don't have to be agreed with. The most important part of an opinion is expressing your views in a manner that others understand.

Going back to basics with the definition of OPINION...
1. a view or judgement formed about something, not necessarily based on fact or knowledge.
2. a statement of advice by an expert on a professional matter.

"I liked it" or "I didn't like it" are perfectly acceptable opinions. However, saying "It sucks" or "it's shit" is NOT an opinion! "It sucked because..." I can get on board with. BUT, when you see these kind of people in these horror groups saying "it sucks" and ask them why they thought this, they can never explain the reason why they felt that way. Instead you get abuse hurled at you for even asking. As far as I am aware, these groups are set up so fans can talk about, share, recommend and DISCUSS everything this wonderful genre has to offer. But instead, 95% of the time, 95% of their members very quickly turn into an angry hate mob.

I have discussed this with some of my fellow horror fans and friends and have a few quotes for you with their thoughts on the subject:

"The worst things I see are honest fans trying to strike clear, detailed discussion about a film and the only responses are "it's shite" or "apart from it sucking, I didn't notice much about it". I hate these veiled attempts to sound intellectual or informed, but still failing to add to the discussion in any intellectual or meaningful way. I mean it's fine to disagree, or even to deeply hate a film, but only with some arguments to explain your reasoning. Otherwise it's a pissing contest instead of a debate. It's stuff like that alienates people in groups and keeps people from connecting as a community as opposed to simply being members of a collective of random individuals." - Chandler

"People don't want to Learn and Share. They want to bitch and get attention." - Bonnie

"They're great when they start off and have a few thousand members but then they seem to 'take off' and 20000 people later you're banging your head against your keyboard!" - Gary

The phrase "I don't have answer to you" often pops up when these kind of fans are asked to explain why they thought something sucked. Asking someone "why?" is not a test or an attempt to start an argument. It's merely an attempt to understand fellow horror fans views as to why they didn't like something. Instead they get their back up. The only explanation, or rather logical assumption for such behaviour, is that they are simply not intelligent enough to be able to present a debate in an articulate manner. Or, putting it in a harsher light, they have no idea what they are talking about. Thus the thread turns nasty and it's the person asking "why?" that gets blamed for the start of something nasty and get called a "TROLL." Then the rest of them join in because they can't express themselves in the correct manner either.

Briefly touching on the remake argument, there exists something I like to call the "WE HATE REMAKES BANDWAGON." On this wagon are people that say "all remakes suck" and try to put down anyone else that says different. It slowly grows and grows with each comment, till you have to leave the conversation. I swear to the gods, old and new, that if these arguments happened in a pub I would be brawling and glassing people! Yes, I am a nasty bastard when I want or need to be!

While I understand that not everybody is like me and goes to the lengths to find out information about movies, it's still not an excuse to throw your hat into the ring and come out with rather questionable views, especially if they contradict FACT! There is an abundance of fans that haven't yet seemed to grasp the concept of SUB-GENRES or even what horror actually means!

Yet again, back to basic... HORROR
1. an intense feeling of fear, shock, or disgust.
2. (informal) a bad or mischievous person.

A synonym of the word horror is TREPIDATION - 1. a feeling of fear or anxiety about something that may happen.

Just because you don't find something scary, doesn't mean it's not horror!


Sub-genres can get a little tricky and can often crossover too. So for those that don't know, here's a list that was compiled by a fellow horror fanatic:

I once read a comment from an individual that stated Wes Craven's Scream wasn't horror. As we all should know, Scream is a Slasher. Throughout the 80's the Slasher flick was the bread and butter of horror. What's one of most famous slashers and arguably still the best of them all? That would be John Carpenter's Halloween. Are you really going to tell me that Halloween isn't horror?! The same person also said he only considered films about the Supernatural, ghosts etc, as horror.

This is where opinion is separated by fact. Just because you don't consider a film to be horror, doesn't mean that said film isn't. The FACTS tell us that it's horror, so your opinion is invalid and misinformed and simply has no place in any kind of debate.

A question arose in a group asking "What horror movie do you find more funny than scary?" A genuine question and a good one at that. Now, maybe it's just me, but one would think that this question wouldn't apply to horror comedies, as they are designed to be funny in the first place. Needless to say, people were mentioning a lot of horror comedies!


"NOTHING OF VALUE TO OFFER"

Think before you speak. Or in this case, think before you post a comment. The words misinformed, misguided, moronic, idiot, uneducated, stupidity, often come to mind with the majority of horror group members. I know that's a little harsh, but believe me, I could get worse. It's not rocket science to do a little research into something to find the right information. Or even asking a question. Jumping in with comments that make you look stupid to people that actually know a thing or two about horror is something I have no patience for. Even when you politely correct them you get a mouth full and all hell brakes lose and before you know it admins are banning you.

Over the course of 2 or 3 years, there has only been a handful of debates and discussions, in even less groups, that I actually enjoyed and found of value, where the members had a bigger vocabulary than just the word "SUCK."

I did get a little heated last night in a group, but I just couldn't not say anything. Suffice it to say, it has lead to this post. If you're reading this and are offended, then it probably applies to you! You are the reason why we, as horror fans get a bad name!

For the minority of the members that can actually converse as a normal human being and that are fun to have a chat with, I applaud you and encourage you to carry on the good fight for your fellow horror fans.

Now, I've been asked to apologise for my remarks last night in a certain horror group. Said remarks were nothing that I haven't said in this post. For me to apologise, I would have to be sorry. I stand by everything I said. Apologising would make me a hypocritical sheep and that is something I have never been and not about to start being now! Maybe instead, these so called admins need to take a look at what's goes on with this bad influence in the group and instead of berating the ones that actually have something genuine to offer, tell the "suckers" to at least try to express themselves with some kind of common sense and knowledge.

Yours sincerely, MAD MIKE
Posted by Mad Mike at 23:28

Email ThisBlogThis!Share to TwitterShare to FacebookShare to Pinterest
Labels: 2014, horror, The Trouble with Horror Groups on Facebook