With the amount of films I've watched this past couple of weeks, I've decided to do a few mini reviews! So here you go... 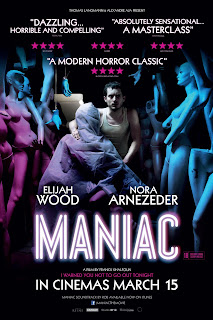 In this remake of the 1980 classic, we follow and see things through Frank's (Elijah Wood) eyes via some impressive first person perspective camera work. As the owner of a mannequin shop, Frank develops a dangerous obsession with the young artist, Anna (Liane Balaban).

Even though we don't actually see Wood that often, his performance is fantastic, with some great support from Arnezeder. The score is worth mentioning too as it's very cool. This really is one of the best remakes you will get to see as well as one of the best films this year! 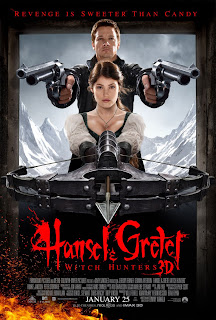 We all know this childhood story and if you're not aware, the Hansel and Gretel theme has been represented by 5 different films this year!

This adaption is action packed and quite brutal at times with some great SFX. Renner and Arterton play Hansel and Gretel, but for me Janssen stole the show as the evil witch, Muriel. The story itself was a nice little twist to the fairy tail.

I was rather surprised by how much I enjoyed it! It was a lot better than I expected and made for a very fun, bloody and entertaining watch. 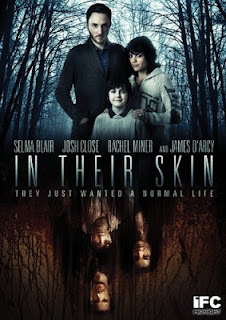 The Hughes cottage vacation is violently interrupted by a family on a murderous and identity stealing journey, in search of the "perfect" life.

This is another instalment in the home invasion sub-genre, but lacks the same feel and quality as other films in that category such as The Strangers (2008) and Funny Games (2007).

Even though the acting was solid, it all felt like it stuck to the formula a little too close which made it less interesting and unoriginal. 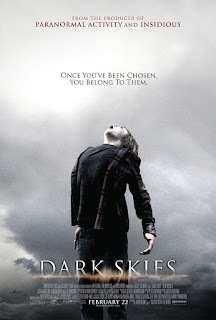 As the Barret family's peaceful suburban life is rocked by an escalating series of disturbing events, they come to learn that a terrifying and deadly force is after them.

This Sci-Fi/Horror kept to a very simple formula and delivered it well. Russell gives the best performance in the movie. With solid acting and decent SFX, I found it entertaining and creepy.

This one is worth giving a go. 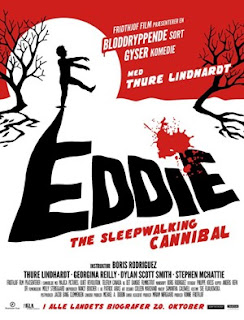 A painter, Lars (Lindhardt), struggling for inspiration finds an unexpected muse after he accepts a teaching position in a small town and becomes the caregiver to Eddie (Smith), a seemingly docile art student with a rare sleepwalking condition.

This really was a fun ride from start to finish with lots of gore thrown in for good measure. Excellent performances were giving from Lindhardt and Smith, even thought Eddie has no lines. Lars provides comedy timing and Eddie gives us the blood!