As my regular readers should know, over the years I have done a few top ten list. The majority of them are normally part of my "Top 10 Countdown to Halloween." But alas, life has been full, hectic and pretty damn good, so my blog some somewhat been on the back burner. Anyway, I'm catching up on a couple of things over the next week. I'm posting now, what should've been last year's countdown to Halloween!

As per usual, I took to Facebook, to gather the votes, take the survey etc. But this time I only used my own group on Facebook and it's members for their opinions. The group is called UK Horror Fans United and is made up of horror fans that live in the United Kingdom and Ireland. As the picture says "ARE YOU LOCAL?" The idea was to bring together "local" fans of the genre in one place, unlike every other Facebook group which is made up of anyone and everyone. Anyway, I digress...

This top ten is the best of British horror films from across the decades. There's a couple on the list that are co-productions, but that's fine, they still had British backing and finance. Let's begin... 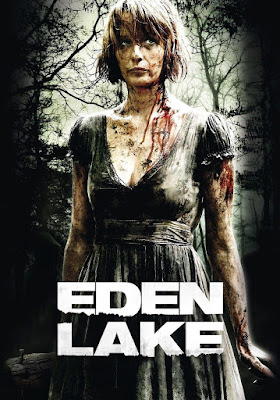 Nursery teacher Jenny and her boyfriend Steve, escape for a romantic weekend away. Steve, planning to propose, has found an idyllic setting: a remote lake enclosed by woodlands and seemingly deserted. The couple's peace is shattered when a gang of obnoxious kids encircles their campsite. Revelling in provoking the adults, the gang steals the couple's belongings and vandalises their car leaving them completely stranded. When Steve confronts them, tempers flare and he suffers a shocking and violent attack. Fleeing for help, Jenny is subject to a brutal and relentless game of cat-and-mouse as she desperately tries to evade her young pursuers and find her way out of the woods.

Written and Directed by James Watkins. 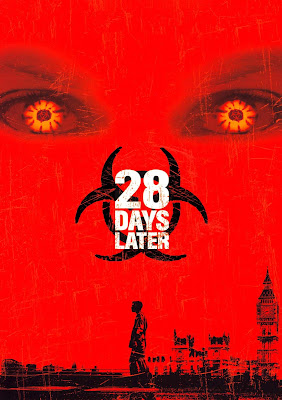 Animal activists invade a laboratory with the intention of releasing chimpanzees that are undergoing experimentation, infected by a virus -a virus that causes rage. The naive activists ignore the pleas of a scientist to keep the cages locked, with disastrous results. Twenty-eight days later, our protagonist, Jim, wakes up from a coma, alone, in an abandoned hospital. He begins to seek out anyone else to find London is deserted, apparently without a living soul. After finding a church, which had become inhabited by zombie like humans intent on his demise, he runs for his life. Selena and Mark rescue him from the horde and bring him up to date on the mass carnage and horror as all of London tore itself apart. 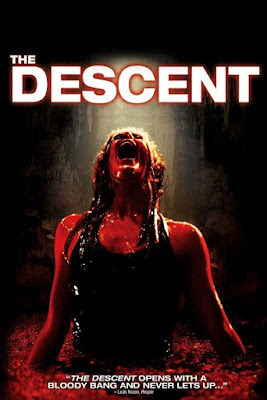 After a tragic accident, six friends reunite for a caving expedition. Their adventure soon goes horribly wrong when a collapse traps them deep underground and they find themselves pursued by bloodthirsty creatures. As their friendships deteriorate, they find themselves in a desperate struggle to survive the creatures and each other.

Written and directed by Neil Marshall. 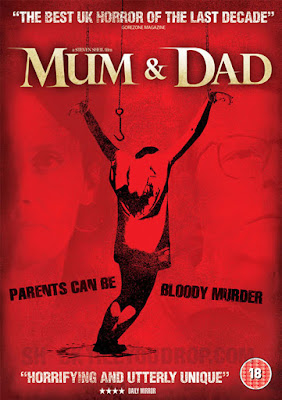 Mum and Dad, and their 'adopted' children, Birdie & Elbie, work at the airport. The family live off whatever they scavenge from cargo holds, offices and hotels - including a steady stream of transient workers who populate the airport's soulless hub. When Lena, a young Polish office cleaner, is befriended by Birdie, she gets drawn into a nightmarish world of torture, murder and perversity. Imprisoned in a suburban House of Horrors and designated a 'Mummy's Girl', Lena's only options appear to be to become part of the family - and join them in their insanity - or die.

Written and directed by Steven Sheil. 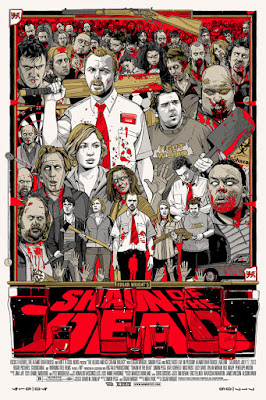 Shaun doesn't have a very good day, so he decides to turn his life around by getting his ex to take him back, but he times it for right in the middle of what may be a zombie apocalypse... But for him, it's an opportunity to show everyone he knows how useful he is by saving them all. All he has to do is survive... And get his ex back. 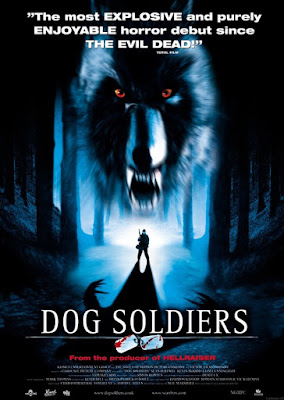 A British Squad is sent on a training mission in the Highlands of Scotland against Special Operations squad. Ignoring the childish "campfire" stories heard about the area, they continue with their mission and come across the bloody remains of the Special Ops Squad, and a fierce howling is pitching the night sky... With two mortally wounded men, they make an escape, running into a zoologist by the name of Megan - who knows exactly what hunts them. What began as what they thought was a training mission turns into a battle for their lives against the most unlikely enemies they would have expected - werewolves.

Written and directed by Neil Marshall. 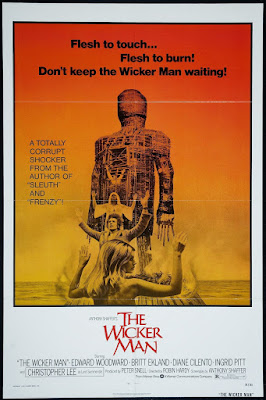 A young girl has been reported missing on Summerisle, a remote Scottish Island and Sergeant Howie is sent to investigate. On arriving on the Island Howie sees how the islanders live and is a bit unnerved because they are all weirdo's in their own rights. No one knows who the missing girl is and Howie is sent on a wild goose chase by the islanders trying to get to the bottom of it. He eventually seeks out Lord Summerisle who is also barking mad, and learns that the islanders live by different rules and philosophies which Howie very strongly disagrees with. But Howie has been lured to the island as the perfect sacrifice with the pretence of investigating the missing girl. 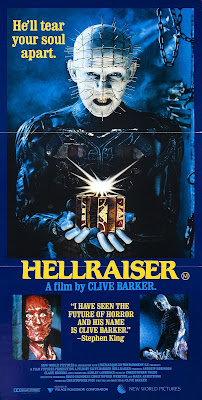 Clive Barker's feature directing debut graphically depicts the tale of a man and wife who move into an old house and discover a hideous creature - the man's half-brother, who is also the woman's former lover - hiding upstairs. Having lost his earthly body to a trio of S&M demons, the Cenobites, he is brought back into existence by a drop of blood on the floor. He soon forces his former mistress to bring him his necessary human sacrifices to complete his body... but the Cenobites won't be happy about this.

Written and directed by Clive Barker.

An American Werewolf in London (1981) 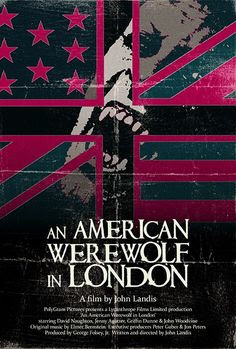 Two American college students are on a walking tour of Britain and are attacked by a werewolf. One is killed, the other is mauled. The werewolf is killed but reverts to its human form, and the local townspeople are unwilling to acknowledge its existence. The surviving student begins to have nightmares of hunting on four feet at first but then finds that his friend and other recent victims appear to him, demanding that he commit suicide to release them from their curse, being trapped between worlds because of their unnatural deaths.

Written and directed by John Landis.


In the near future, during its return to the earth, a commercial spaceship Nostromo intercepts a distress SOS from a distant moon. The seven-member crew are woken up from the hypersleep and the spaceship subsequently descends on the moon. While exploring the moon, a three-member team of the crew discovers a derelict spaceship and a huge chamber inside it containing thousands of eggs. When a curious team member goes too near the egg the parasite inside the egg attacks him, rendering him unconscious. He is brought back aboard, the spaceship takes off. After a little while the parasite dies and his host wakes up seemingly unruffled. Everything returns back to normal - but not for long.

There you go. What do you think to the list? Agree, disagree? Leave a comment below.
Honourable mentions: Nina Forever, The Shining and Dracula (1958) were just outside the top ten.

Thanks to everyone that took part on UK Horror Fans United Facebook group.