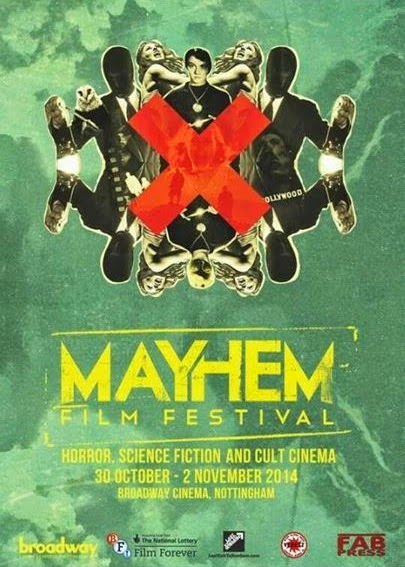 The first full day of Mayhem started at 12pm and went on well past 12am. The black coffee, with a few shots of Jack, was flowing.

Saturday was kicked off with Dead Snow 2: Red vs Dead. 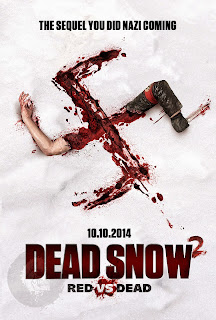 I had already seen this, but it was still great watching it a second time. The Swedish comedy horror is directed and written by the same team that made the first film, Stig Frode Henriksen, Vegar Hoel, Tommy Wirkola.

This sequel carries straight on from the Dead Snow and follows Martin (Vegar Hoel), who has already accidentally killed his girlfriend with an axe, chain-sawing his own arm off, and watched in horror as his closest friends were devoured by a zombified Nazi battalion. What could possibly be worse? Everything else to come! Herzog is now on the rampage to finish what he started and all out warfare ensues.

This movie is an absolute blast from start to finish with some great SFX and, although quite different from its predecessor, is even better. This is a must watch for Dead Snow fans. 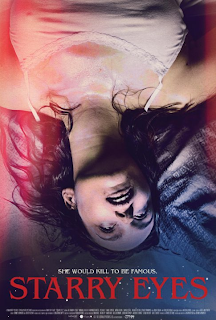 Next up was the psychological horror Starry Eyes, written and directed by Kevin Kolsch and Dennis Widmyer and starring Alex Essoe who gave the best female performance in a film at the festival.

What would you be willing to do and how far would you go to gain fame and fortune? This movie delves into the dark side of Hollywood and follows Sarah's (Essoe) attempts at stardom and her journey to getting what she wants.

Her own life isn't just affected, but also her friends, who are also tyring to break into the film industry.

This is really up there as regards being one of the best films this year. 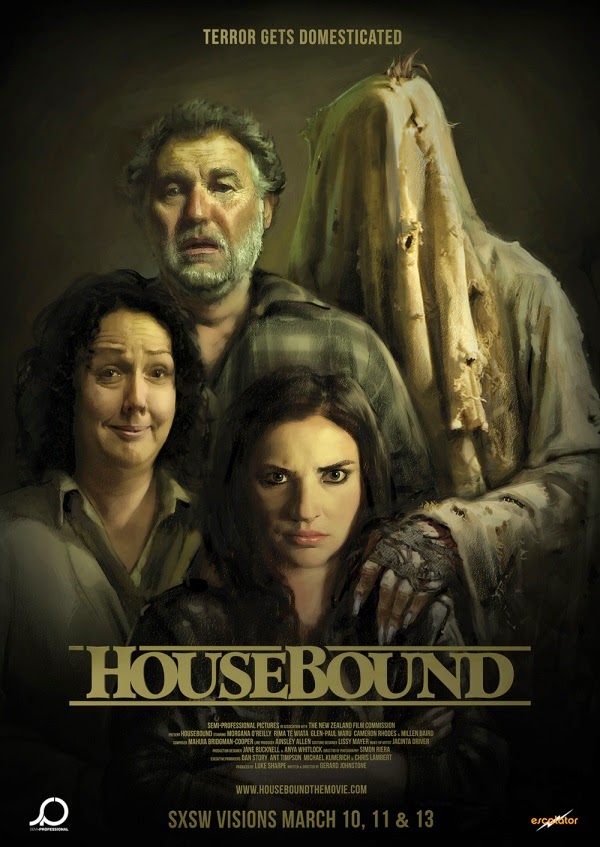 Housebound is a horror comedy from New Zealand, written and directed by Gerard Johnstone. The film marks his feature length directional debut.

Kylie (Morgana O'Reilly) is forced to return to the house she grew up in when the court places her on home detention. Her punishment is made all the more unbearable by the fact she has to live there with her mother Miriam (Rima Te Wiata) who's convinced that the house is haunted. Kylie becomes privy to unsettling whispers & strange bumps in the night, and begins to wonder if the house is in fact possessed by a hostile spirit.

Much like the first film of the day, this is a blast from start to finish with some great humour, thrills and plot twists.


Next up was a selection of short films from various directors from around the globe. Here's the line-up...

CALL GIRL. Director: Jill Sixx Gevargizian
In one man's attempt to exploit his date night via video-chat, he ends up sharing something far more disturbing.

METAMORPHOSIS. Director: Robert Nevitt
An unwitting participant in a medical trial discovers that some drugs have rather strange side effects.

BOX ROOM. Director: Michael Lathrop
Jerry is a strange and solitary boy who lives alone with his young neglectful mother in a run down apartment. Behind the bedroom wall he discovers a seductive alien creature.

MR DENTONN. Director: Ivan Villamel
On a cold winter night, Laura reads her brother David the story of a strange creature that attacks children. Suddenly, a shiver runs up Laura's body from feeling a strange presence in the house.

THE MUCK. Director: Tony Wash
Laverne comes home after a strenuous workout and decides to take a relaxing bath. She strips down, settles into the tub, and closes her eyes. Serenity at last - or so she thought.

I AM MONSTER. Director: Shannon Lark
Vivienne's extraordinary fetishism has taken her to a new level. She gets her kicks by violating the dead in a hospital morgue. Tonight, however, Vivienne meets Jason, a fresh body who has some ideas of his own.

THE MARIONETTE. Director: Jack Lindley
A chilling fairytale about the world's greatest dancer whom came from gruesome beginnings.

THE STOMACH. Director: Ben Steiner
Frank's had enough. A spirit medium whose unique and grotesque method of channelling the dead is putting his own health at risk, he wants out. But others, in this world and the next, have plans of their own.

REVULVA. Director: Jack Delaney
A girl is getting messy playing strip poker with a bunch of lecherous dudes. They ogle her as she begins to strip off, but she turns the tables on them... Violently.

My top 5 out of these are as follows:
1- I am Monster. I was both disgusted and aroused, all at the same time!
2- Box Room. Disturbing and fucked up! That's all I need to say.
3- One Please. A very clever short with a cameo from Michael Berryman.
4- Invocation. Stop-motion horror is simply fantastic. Morgan delivers every time.
5- ReVulva. This needs to be made into a feature! Enough said.


After the shorts it was back to the features and the penultimate film of the evening, The Canal. 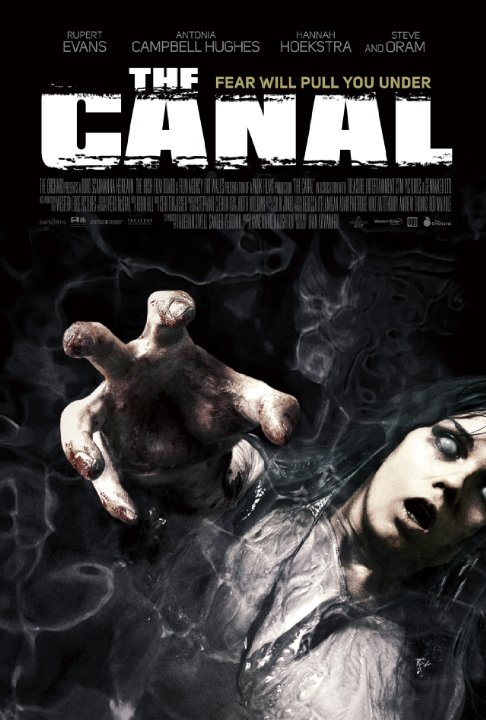 The movie follows film archivist David (Rupert Evans), wife Alice (Hannah Hoekstra), their son and their seemingly perfect lives together. Shortly after discovering that his house was the setting for a brutal murder in 1902 he becomes progressively more unsettled and unhinged, as he begins to believe that a spectral presence is in his house. To make matters worse, David's life is soon turned upside down when he catches his wife cheating.

This Irish horror crosses in between the psychological and supernatural realm with stunning effect and keeps you second guessing everything you see on screen.

The acting is engaging and believable from all the cast. The SFX are very effective and creepy as hell, as is the score. All of that, mixed with the superb story telling from writer / director Ivan Kavanagh, creates a perfect horror film that will stay with you for days after watching it.


I'm not ashamed to admit that The Canal had me freaked out a number of times and that doesn't happen very often! This is my number 1 pick for scariest and best movie of the Festival.


Check out the Q&A with director Ivan Kavanagh and producer Anne Marie Naughton and the trailer below that...


The final film of the day was an 80's classic, StageFright: Aquarius, aka Deliria.
. 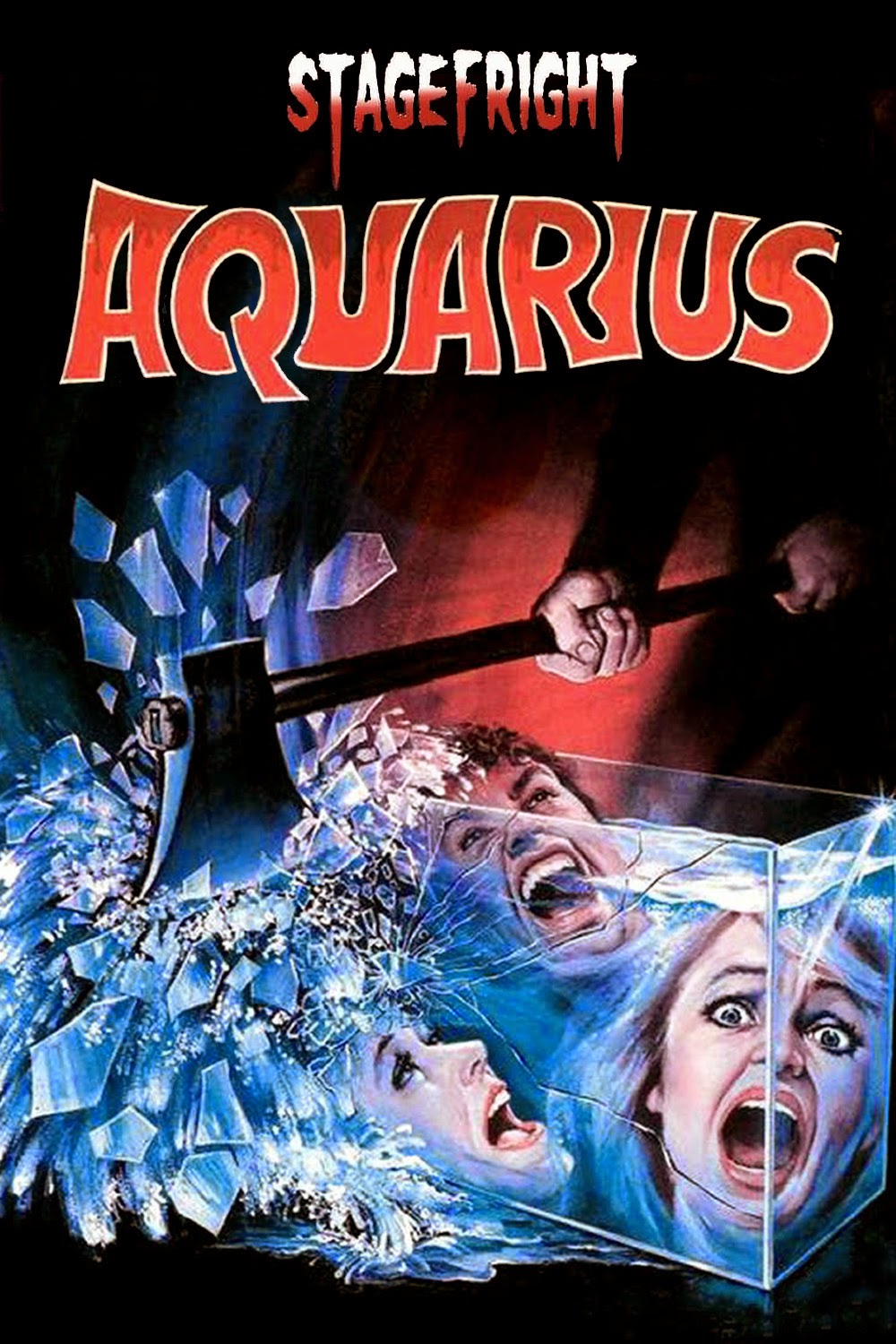 A group of auditioned stage actors rehearse for an upcoming musical production. While locking themselves in the theatre for rehearsal, not knowing that an escaped psychopath sneaked into the theatre with them.

StageFright was a first time watch for me and I thoroughly enjoyed the Italian slasher.