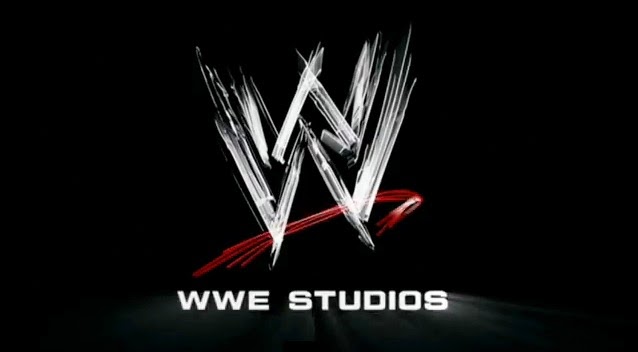 I guess it was inevitable that the billion dollar business of Pro Wrestling would move into film with the many superstars they have working for the company. The biggest of them all, in my humble opinion, would be Dwayne "The Rock" Johnson. WWE literally build the foundations of the studio on The Rock's back with their first three features being The Scorpion King (2002), The Rundown (2003, aka Welcome to the Jungle) and Walking Tall (2004). In the past twelve years Dwayne Johnson has risen to be one of Hollywood's biggest stars and he has only been out grossed by Robert Downey Jr.


What's this got to do with horror I hear you ask?
Well, the WWE have put a few of those out too. The first of their horror movies came by the way of See No Evil in 2006 which starred Pro Wrestler Kane. A group of delinquents are sent to clean the Blackwell Hotel. Little do they know reclusive psychopath Jacob Goodnight has holed away in the rotting hotel. When one of the teens is captured, those who remain, a group that includes the cop who put a bullet in Goodnight's head four years ago, band together to survive against the brutal killer. With the sequel on the horizon, which I'll get back to, I thought I'd take a look at the horror WWE Studios has to offer.

It wasn't till 2011/2012 via film festivals when their next horror flick would hit screens. That movie was The Day in which a group of five people working to stay alive in a post-apocalyptic future discover what they think is a safe, abandoned farmhouse, but they soon find themselves fighting to stay alive as a gang of bloodthirsty predators attack.

This was quickly followed by:
Barricade. A father's quiet retreat to the woods with his two children turns into a fight for survival.

The Call which stars Oscar winner Halle Berry as a veteran 911 operator who takes a life-altering call from a teenage girl who has just been abducted and she realises that she must confront a killer from her past in order to save the girl's life.

No One Lives starring rising star Luke Evans. A gang of ruthless highway killers kidnap a wealthy couple travelling cross country only to shockingly discover that things are not what they seem.

Oculus. Directed and wrote by Mike Flanagan and based on his own short film. A woman tries to exonerate her brother, who was convicted of murder, by proving that the crime was committed by a supernatural phenomenon. He also wrote and directed Absentia (2011). Now, I have to admit that I didn't even know that WWE Studios was associated with this film before doing research for this article! I actually consider Oculus to be one of this year's heavy hitters and best horror flicks.

The studio's latest offering, which I watched last night, has just been released in the form of Leprechaun: Origins where two young couples backpack through Ireland only to discover that one of Ireland's most famous legends is a terrifying reality. 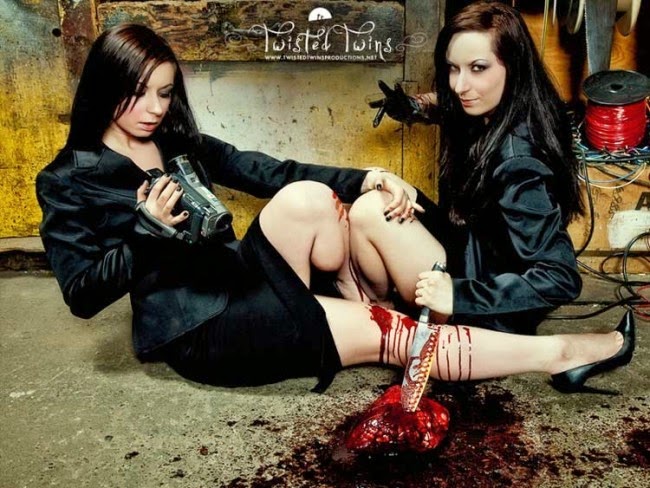 While I have only seen four out of the seven movies I've found that WWE Studios make, at the very least, an average/decent horror film. No One Lives and Oculus being thier best to date.

Now, this brings to me the only WWE horror film that I'm excited about. As soon as I heard who's directing I got super excited. Then I heard the cast announcement and got even more super extremely excited! SEE NO EVIL 2 has two of my favourite directors and favourite people at the helm. That would be JEN & SYLVIA SOSKA. For those that read my blog and/or know me personally, I absofuckinglutely love the twins and their work.

The two cast members that got me "super extremely excited" are two of my favourite Scream Queens of the modern era,
DANIELLE HARRIS
and
KATHARINE ISABELLE.

The cast also sees WWE's Glenn "Kane" Jacobs return as Jacob Goodnight. A group of friends pays a late-night visit to the city morgue to surprise Amy on her birthday. But the surprise is on them when the one-eyed corpse of brutal psychopath Jacob Goodnight unexpectedly rises from a cold sub-basement slab. Their wild party quickly turns into a terrifying slay-fest as the sadistic mass-murderer resumes his savage rampage complete with hooks, surgical knives and power saws.

Jen and Sylvia also have a segment in the upcoming ABC's of Death 2 which will be available on VOD starting October 2nd.

In the meantime check out the trailer and a clip below, plus the poster art. Go "like" the tWIStED tWINS PRODUCtIONS on facebook, their Twisted Twins UK page and the SEE NO EVIL 2 Movie page. 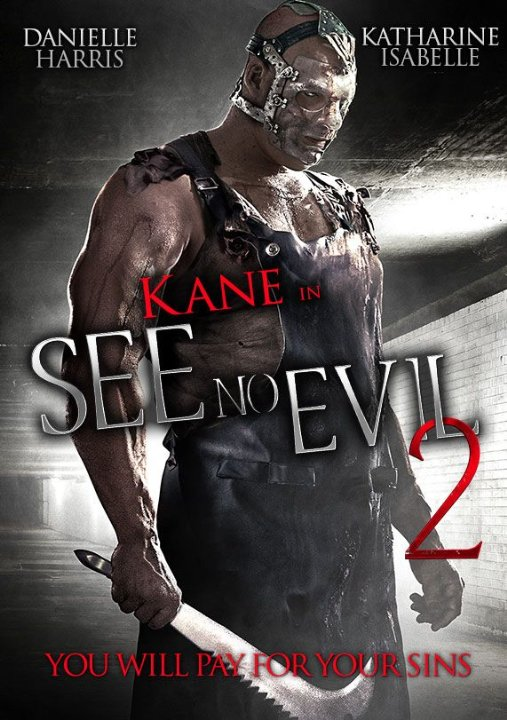