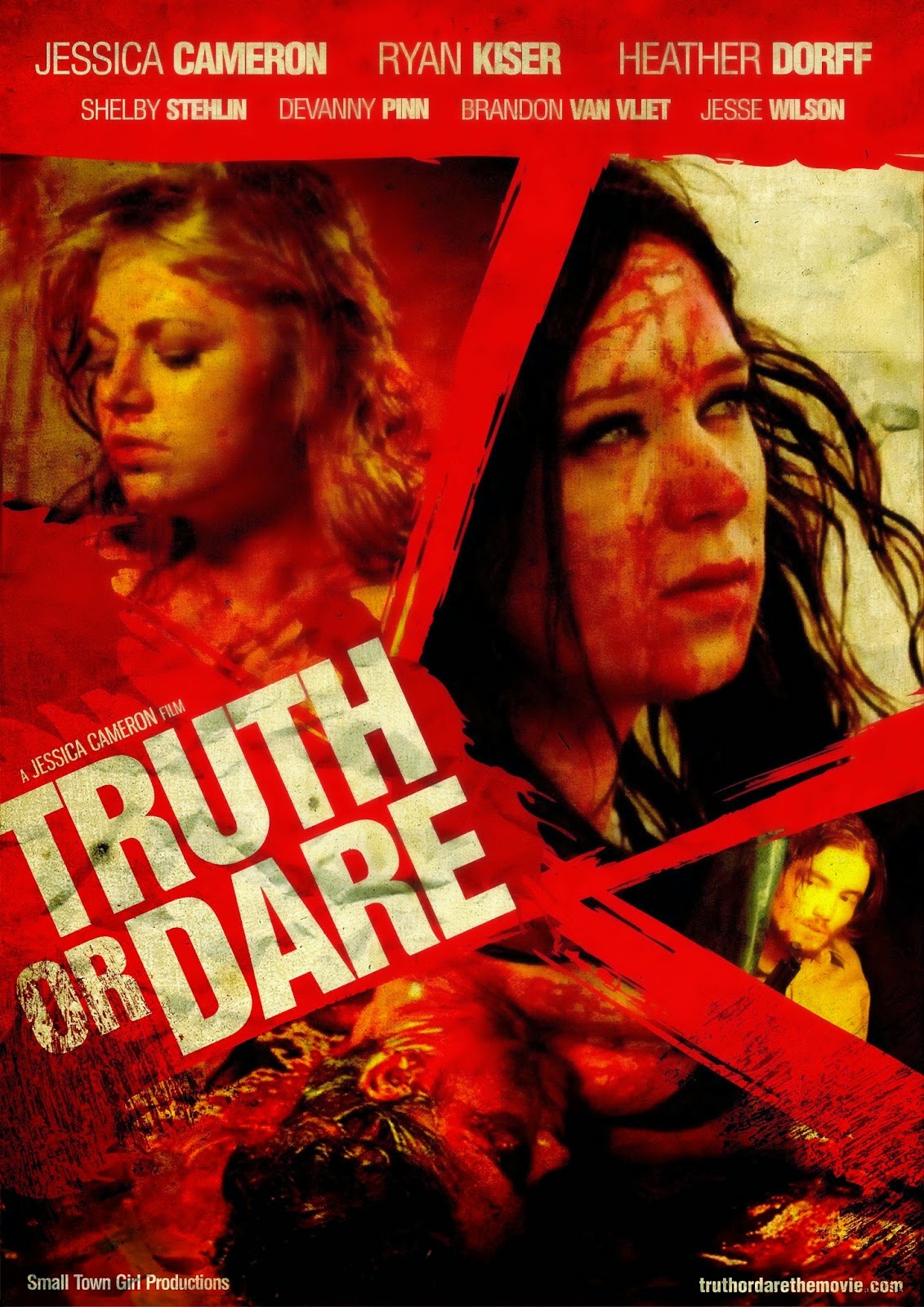 Monday 25th August marked my first visit to Film4 FrightFest. I went to see one film and one film only. That being indie flick Truth or Dare.

Over the past few years female directors have started to stamp their authority on the genre and the biggest names that should spring to mind is the Twisted Twins Jen and Sylvia Soska.

Jessica Cameron makes her directional debut with Truth or Dare, so could she be the next big female name in horror and not just as an actress?

As far as feature length directional debuts go, there's only few I've been impressed with. Off the top of my head, going back only a hand full of years, there's been Soska Sister's Dead Hooker in a Trunk, Matt Farnsworth's The Orphan Killer, Brandon Cronenberg's Antiviral and Xan Cassavetes' Kiss of the Damned.

So, was I impressed with Truth or Dare? Well, going back to the first time I watched the trailer when it first hit the net, and I'll be honest here, it didn't look great. So I was apprehensive going into the film, but looking forward to seeing it at the same time. Put it this way...

It was worth the hour and a half train journey down to London and being the most expensive cinema trip I've ever been on!

The story is simple yet affective. A group of friends host a YouTube channel called Truth or Daredevils. Jennifer (Jessica Cameron), Michelle (Heather Dorff), brother and sister Ray (Shelby Stehlin) and Courtney Austin (Devanny Pinn) , John (Jesse Wilson) and Tony (Brandon Van Vliet). They make videos of themselves performing truth or dares and often seem to take it too far and maybe even causing death. Of course, the fans love it. While the gang is being interviewed on a chat show, fanboy Derik (Ryan Kiser) gets a little crazy over the guys and soon becomes overbearing and unwelcome.

The group are back together again to film a new episode of Truth or Daredevils and this time they're having a pyjama party too, but as the game starts it's soon interrupted by psycho fan Derek. This is where the fun begins, but only for the viewer. The next course of events sees Derek making the Truth or Daredevil gang do, what can only be described as, some the most fucked up things ever!


Truth or Dare is pure indie horror goodness and my expectations were exceeded. Yes, there is a lot of blood, gore and a lot of fucked up shit going on, but at the same time it delivers some great humour too. It has some laugh out loud moment and a dark twisted and sick humour too, which is right up my alley. With a lot of movies like this, humour stands as a light relief from the disturbing stuff. While some of the laughs are like this, the majority of it adds to the twisted state of the film and actually makes you cringe in disgust even more. This is down to the very clever script written by Cameron (yes, she co-wrote, starred and directed) and Jonathan Scott Higgins. Bare in mind that this is the first screenplay that both of them have written too.

Of course that script has to be delivered efficiently to be effective too. The cast did their job well and had to do so otherwise we, as an audience, just wouldn't have enjoyed as much as we did. I often talk about character development in my reviews and how important it is. At the beginning of the film it seems light on that development, but as the film and game progresses we get that evolution, which adds to the whole disgust in certain scenes.

One thing I'm sick off in modern horror flicks is when they're filled with annoying characters that I end up hating. OK, so we have to have the bad guy that we're against or want someone to die, but they don't have to be completely stupid to the point that they deserve to die. Thankfully there is non of that type of character in this film. Instead we get Tony (Van Vliet), who's on the moanie side, but at the same time he's funny with it. I have to give Devanny Pinn a mention and the fact that this was her best performance to date that I've seen. Jessica Cameron herself, in the Q&A after the screening, admitted she found it hard to act and direct and felt she didn't give the best she could due to concentrating on directing, but she was still solid. The rest of the cast gave a tight performance, but the one person who stole the show was Ryan Kiser as the deranged Derik. He was fantastic in the role and gave a very memoral performance. It was reminiscent of Jack Nicholson in The Shining in that he went from a relaxed seemingly gentle fellow to a complete raging manic lunatic from scene to scene.

The movie mostly spends it time in a basement and by the end of the film it's covered in blood. The FX are all practical which the movie benefits from. Heather Dorff gets that mangled and covered in blood that she's barely recognisable if it wasn't for here boobs! The most gross and disturbing scene though, involves Devanny Pinn and a wine bottle, but that's all I'm saying. I have to admit, I did feel uncomfortable during certain scenes. The score, which was excellent, also helped in building tension throughout.

Overall, the film has it's twists and turns, dark humour and gore and was bloody good. Truth or Dare is something that Jessica Cameron and all involved should be very proud off. It got a great reception from all the fans at FrightFest.

I did get some video of the Q&A, but as my phone is coming up to being two years old and needs upgrading, it decided to stop working right near the end of the Q&A and wiped the recording. Some of the things mentioned were that during other screenings people were sick and had to rush to the toilet and that the a couple of the cast and crew actually threw up during filming. Ryan Kiser mentioned that he had no idea what he was going to do with his character until the day off shooting. Jessica also revealed that there is going to be a sequel.

There's no word yet on a release date as it's doing its festival rounds and looking for distribution. In the meantime check out the trailer below and go "like" the Facebook page... 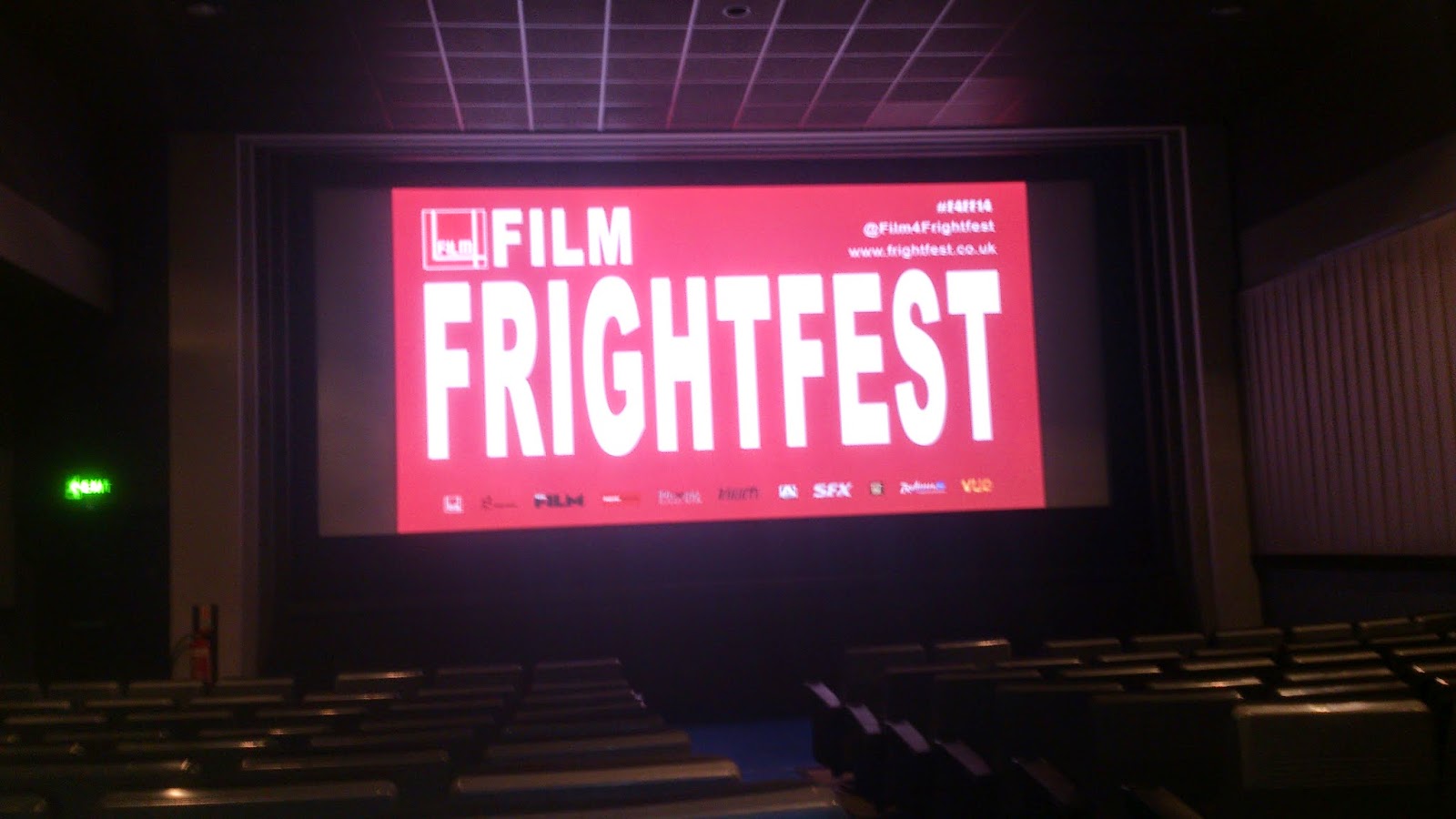