Save Yourself Press Release 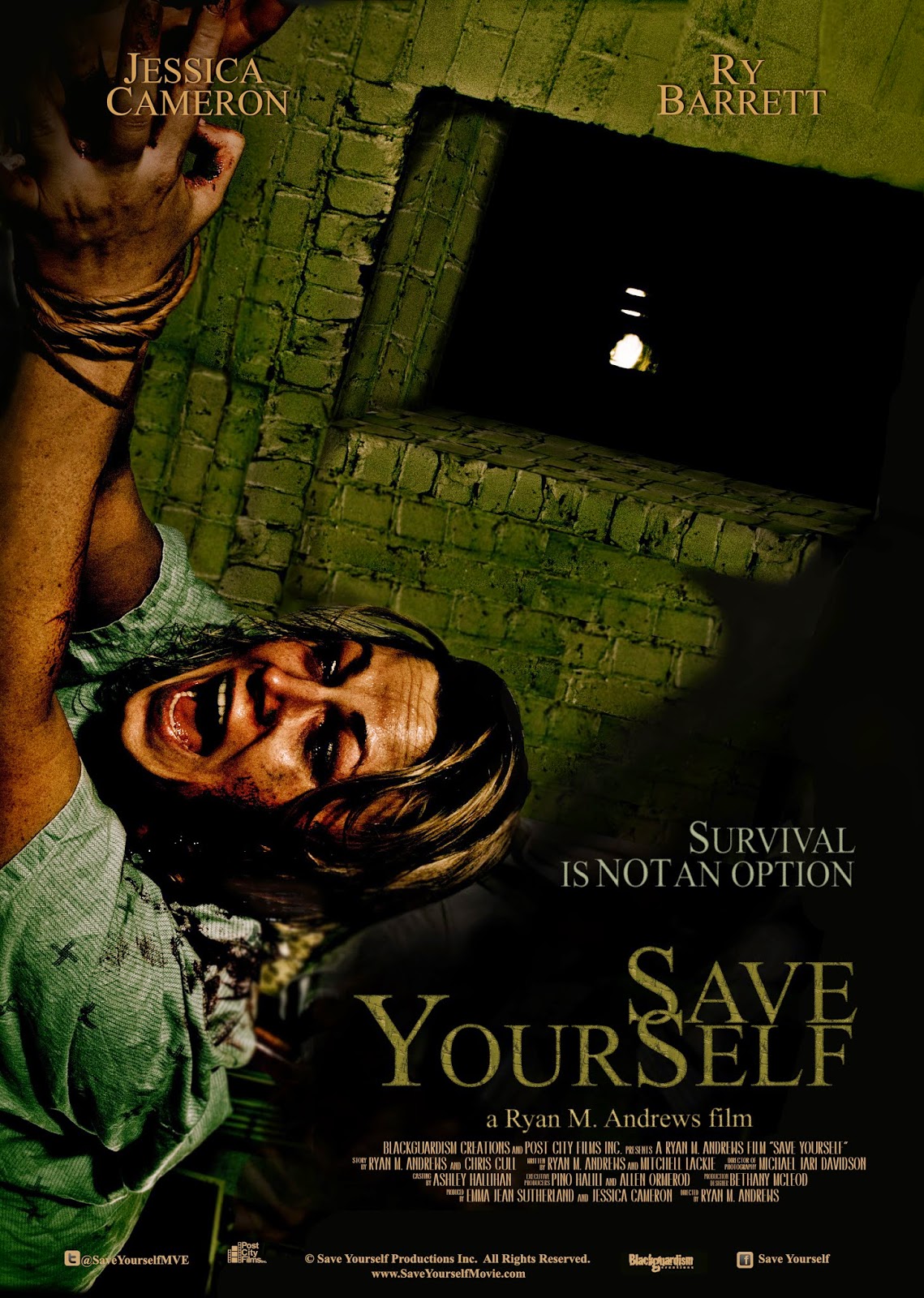 
“SURVIVAL IS NOT AN OPTION” IN THE NEW FEMALE-DRIVEN
HORROR FILM ‘SAVE YOURSELF’ SHOOTING THIS SUMMER
Scream Queen Jessica Cameron Set to Star in Ryan M. Andrews’ Latest Horror Film

Following the success of his recent features, SICK, a festival favourite and Black Eve, currently available on DVD, award-winning director Ryan M. Andrews is set to direct his originally scripted Save Yourself this summer. Scream Queen Jessica Cameron will be starring in as well as producing this sexy horror flick along with Producer Emma Sutherland. Overseeing the project are executive producers Pino Halili and Allen Ormerod from multi-award winning studio Post City Sound Inc.

The plot line for Save Yourself is as follows: En route to L.A., director Crystal Lacroix, along with by-the-numbers producer Dawn Summerville, neurotic writer Lizzy Miller, and star sisters Kim and Sasha Tobin, are riding high after a successful screening of their new horror film. But when Crystal goes missing at a rest stop, their mood suddenly changes. The others, splitting up to search for Crystal, spot an isolated farmhouse and enlist the help of its owners, quickly discovering that appearances are not always what they seem. Life imitates art as all five ladies find themselves pitted against a deranged couple hell-bent on using them for their mysterious research. Who will survive and what will be the fate of their ultimate discovery?

Having worked together in the past, Andrews and Cameron have discussed collaborating on a feature for years. Together they decided that Ryan’s script Save Yourself is the ideal choice. Award winning actor Ry Barrett (Neverlost, Desperate Souls, Antisocial) will join the cast as Save Yourself's intense villain. This will be the first time Andrews, Cameron and Barret have collaborated since last year’s experimental short film Klymene.

Cameron’s latest film Truth or Dare has won more than two-dozen awards playing the festival circuit. She is also known for such films as the Roger Corman produced Camel Spiders, currently airing on the SyFy channel, and Steven C. Miller’s remake of Silent Night. Save Yourself marks Cameron’s 5th movie in under a year in which she is starring as well as producing.

Talking about the female-driven story Andrews says, “I love Jean-Luc Godard’s quote ‘all you need for a movie is a gun and a girl.’ In the same way all you need for a horror is blood and a girl - and we’ve got five girls. It’s definitely going to be fun and sexy, but most importantly the women are not just one-dimensional. There is a lot of depth and development to their characters. And as a die-hard horror fan, I know just how important this is. It can’t just be another pretty face. There needs to be layers there for anyone to care when that face gets smashed.”

Filming begins later this year in Ontario, Canada. Expect more Save Yourself updates including full cast details coming soon! Please “Like” Save Yourself’s Facebook fan page and follow them on Twitter for more up-to-date information about this exciting new horror film!