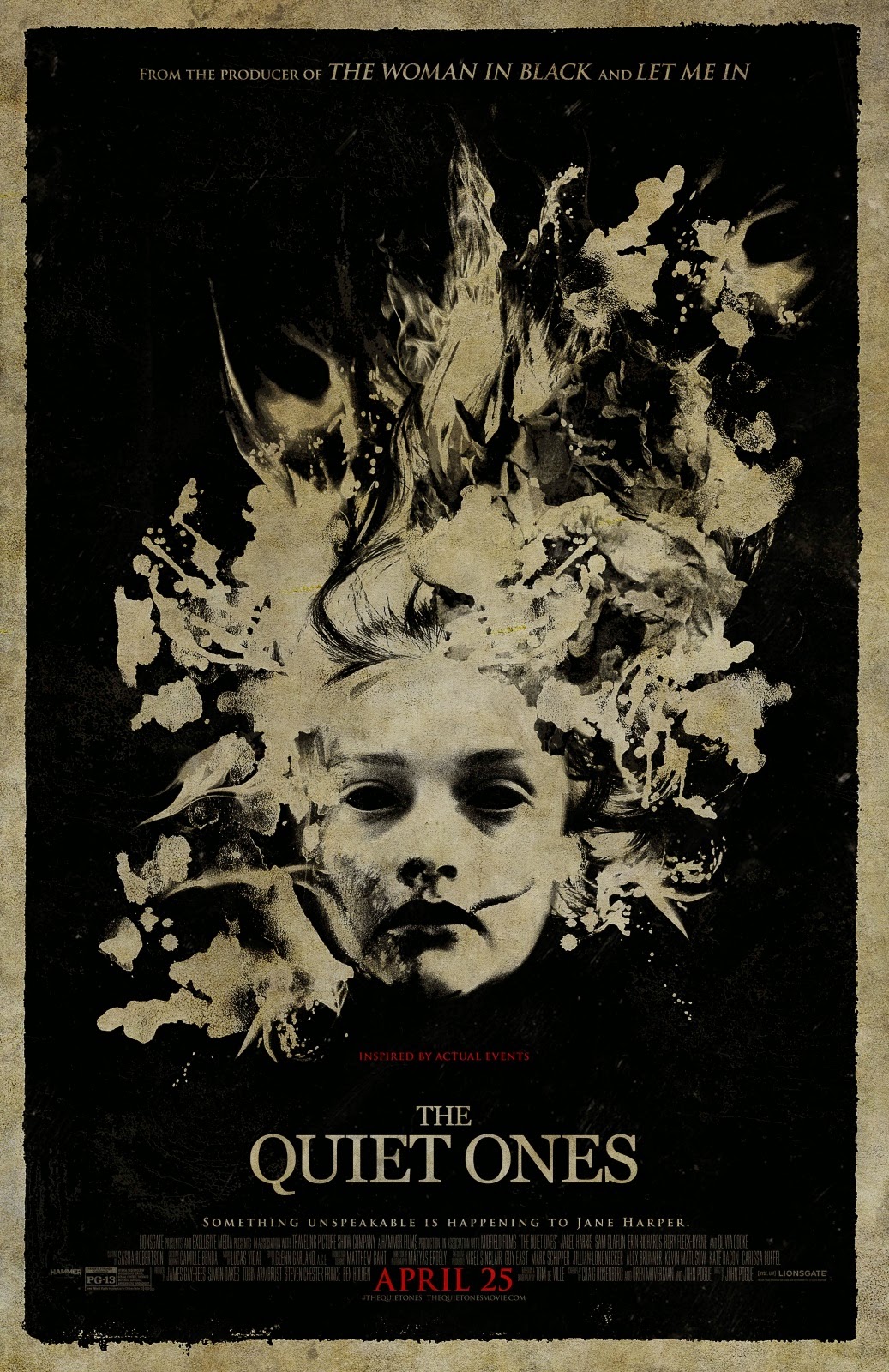 Growing up in the 80's, I often watched old Hammer Films and that's partly the reason I got into horror. I've enjoyed what they've had to offer in recent years with the likes of Wake Wood, Let Me In and The Women in Black. So naturally I was looking forward to The Quiet Ones. I went in with fairly high expectation to be honest, hoping it was going to out do it's modern predecessors. Well, to my surprise, it turned out to be something I didn't expect.

Set in Oxford (England) 1974, the film follows Professor Coupland (Jared Harris) and a handful of his students that conduct a parapsychological experiment on a young woman called Jane Harper (Olivia Cooke).

Before I go any further, I have to say this. I've watched two or three trailers for The Quiet Ones and it took me a good fifteen minutes into the film to recognise who played Jane. Olivia Cooke plays Emma in the TV show Bates Motel. Her English accent is impeccable. Now, upon further investigation, I found that she is indeed English and from the Greater Manchester area. So in actual fact her American accent is impeccable! Anyway, I digress.

Professor Coupland hires the help of Brian (Sam Claflin) to video the whole experiment. The movie jumps in and out of traditional filming and Brian's POV through the camera in an almost found footage style.

Brian joins the existing team which consists of students Kristina (Erin Richards) and Harry (Rory Fleck-Byrne). The University catch wind that their test subject, Jane, is being kept behind locked doors so they pull their funding for the project and the group have to move to a different location. This is where the procedure starts to materialise some real, but disturbing results.

Coupland believes that Jane is manifesting a negative and harmful energy. Something psychological he's trying to bring out and capture as something possibly paranormal. This is where the true story comes to play. I couldn't find a great deal on it as I only found one site with a quick Google...

"In the 1970′s there was a group of Canadian parapsychologists who aimed to conduct an experiment that would create a ghost. In doing so it would prove their theory that those unexplained bumps in the night are actually products of the human mind. World-renown poltergeist expert Dr. Alan Robert George Owen created the group known as TSPR (Toronto Society for Psychical Research) consisting of eight people—Dr. Owen’s wife, an industrial designer, an accountant, a housewife, a bookkeeper and a sociology student. A psychologist named Dr. Joel Whitton also attended many of the experiments as an observer." You can read the full article here - http://rhinoshorror.com/2014/02/04/the-quiet-ones-and-its-true-story

As the process of the experiment goes further on and deeper into the very troubled mind of Jane, the more they discover about what this energy is and what it can do. In an attempt to cure Jane, conditions get worse as more and more unexplained occurrences happen. The students and professor start to fall out with each other, along with Brian who now just wants to take Jane away to a safer environment. 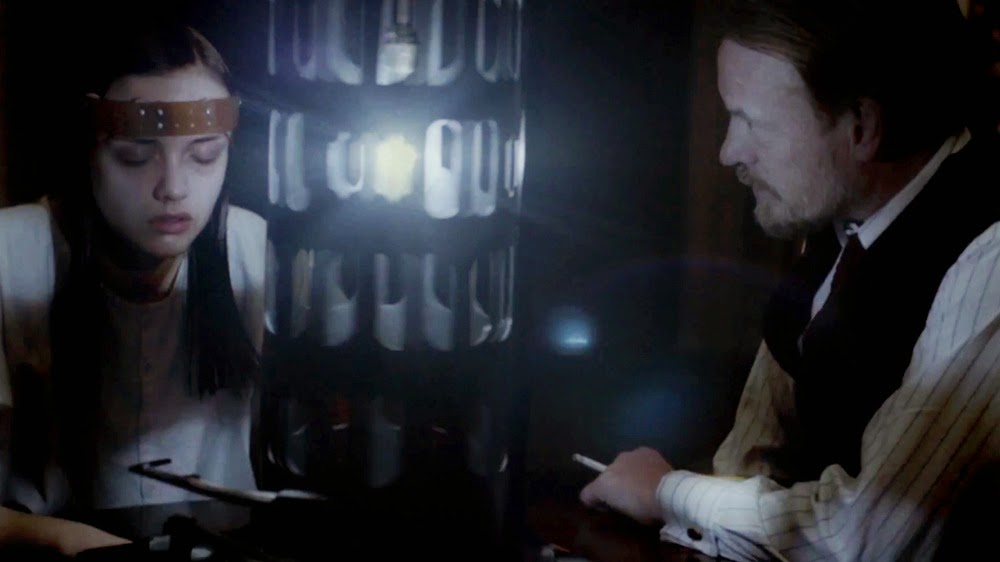 Going back to my "fairly high expectation," was I disappointed or did the film deliver? Well, I was certainly surprised as I also said before. It did deliver? In most ways it met my expectations and in other ways it exceeded it. The effects and frights were on cue, but the strength of the movie was it's cast and story. I got that into it that I actually forget I was sat at the cinema at one point!

Cooke's performance was one of morbid disconnect, which was perfect for her character Jane, who in the film describes herself as "Dead behind the eyes." Even when Jane tried to show emotion, you could still sense she was dead inside. I imagine that's a lot harder to play than it sounds. If you get it wrong it just looks like you can't be bothered. In this case, she pulled it off with complete believability.

Harris was full of charismatic seriousness. It seemed to be quite a difficult role to play with his character's mood changes, but he performed with ease. The supporting cast performed with solidarity throughout with a good mix of emotions within the story arc.

The story itself was one of intrigue and suspense. Yes, there are scares and during some scenes it made my hairs stand on end, but the real delight was the plot untwist. I say untwist, without saying too much, it has you thinking one way then turns it around back on itself. It felt intelligent without being pompous. The film left me thinking about it after it had finished and I will probably still will be for a few days to come. This is thanks to the screenplay which was equalled by the direction from John Pogue.

If you want a bad point, although I didn't see or feel the need for it, it's not an all out scarefest and there's no gore. It actually doesn't need to be. Where it lacks in jumps, and there is a couple, it makes up for in tension with an unsettling score. This is a psychological horror that makes you think.

WITH A FEEL OF CLASSIC HAMMER, THE QUIET ONES' CLEVER STORY, PSYCHOLOGICAL FRIGHTS AND UNSETTLING SCORE MARKS THE RETURN OF HAMMER FILMS AS A MAJOR PLAYER IN THE HORROR INDUSTRY