It's that time of year again! 2014 is fast approaching and behind it it leaves the ups and downs of 2013 in horror film. This year covered three remakes of classics, two of which I loved. James Wan sat in the director's chair twice and then announced he won't be directing a horror film again. I also got to see a few films at a festival this year. So here's my guide to what I liked, loved and hated...

I'll Start with the Worse. 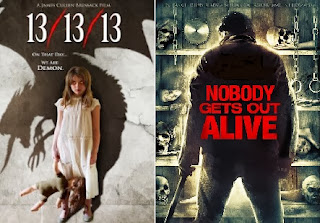 13/13/13 was doomed from the start. Why I hear you ask? Well, the film is from the company that gave us such classics as The Haunting of Whaley House and Abraham Lincoln vs. Zombies. I am of course being facetious! Yes, good old The Asylum once again delivers the shit we need never watch and wish we hadn't when we did. The acting is so poor that it's hard to tell if the script is decent or not. The only saving grace is James Cullen Bressack's direction.


Nobody Gets Out Alive. The title says it all really. After watching it you'll wish were dead! You can read my review HERE. 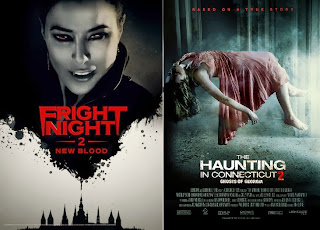 Two sequels next, both nothing to do with their respective predecessors. Fright Night 2 had the same characters as the original Fright Night (1985) and the 2011 remake, but the story was completely different and didn't follow on. If it was called something else and the names of the characters changed, I might of liked it, a little. Even Jaime Murray, who's been great in everything else she's been in, was below par. 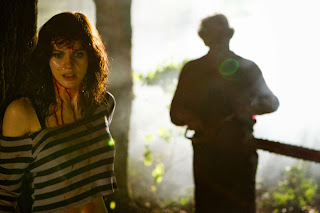 Texas Chainsaw 3D, sequel to the 1974 masterpiece, deserves a mention here too. I thought it was average at best, and my word Alexandra Daddario is hot, but the horrible and shameful line that she delivers at the end just ruined it for me... "Do your thing cuz!" Really, REALLY? What were the writers thinking?!


Also worthy of the worse list is Hallows' Eve starring the beautiful Danielle Harris which is the only positive about it, Bloody Homecoming, Sorority Party Massacre which in all honesty was that bad I couldn't actually finish it (that hasn't happened in a long time!), ultra annoying The Purge and Sadako 3D, that was kind of a pointless reboot/re-imagining of The Ring. That's my worse list over!

Now, before I go any further, I simply have to give this next film another mention. It hit the festival circuit last year, and I saw it at one, but got it's general release this year on DVD/Blu-Ray and VOD. I'm talking about Jen and Sylvia Soska's (read my interview with The Twisted Twins here) American Mary. I love this film and it topped my 2012 list! You can read my review HERE. 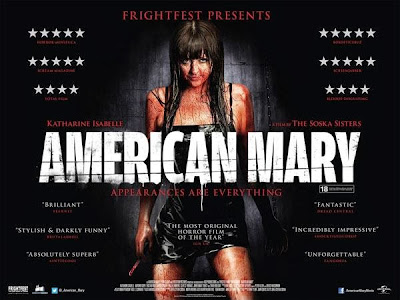 It's remake time. I hope you all know how I feel about remakes by now. When done right, I welcome them. And for those that don't, there's only one thing worse than a remake, people that piss and moan about them! 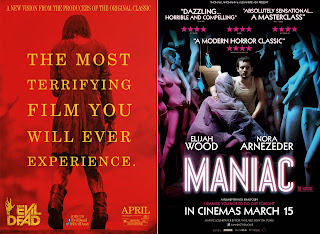 When it was announced that there was to be a new Evil Dead, it caused a lot of disorder among Deadites around the world! Plus, if Sam Raimi does go ahead with the other two films he's talked about, then technically, the new Evil Dead will be a sequel as the timelines will cross, or so the rumours go. Anyway, I digress. Boasting some outstanding practical FX and some very solid performances, it hits my list for one of the years best. You can read my full review HERE.
Maniac, remake of the original 1980 movie, stars the unassuming Elijah Wood as the killer, albeit he's rarely actually seen throughout the film! Mostly shot from Frank's POV, this is an unsettling film with a fantastic retro feeling score. 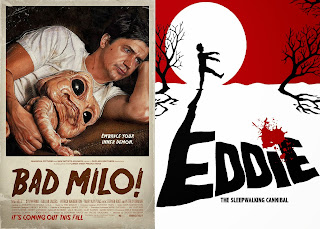 Bad Milo! was a complete blast from start to finish. Comedy horror at its silliest with an ass demon causing carnage and mayhem, what more do you need to know?!

Eddie: The Sleepwalking Cannibal is another comedy horror that delivers fun with lots of gore thrown in for good measure. Excellent performances were giving from Lindhardt and Smith, even though Eddie has no lines. Lars provides comedy timing and Eddie gives us the blood!

Best of the Indies... 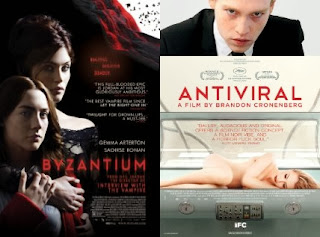 Neil Jordan's beautifully crafted vampire drama Byzantium has undertones of Interview with the vampire and a rich story. You can read my full review HERE.

Antiviral has two things in common with the aforementioned film, besides being brilliant, it also stars the excellent Caleb Landry Jones who plays a technician at The Lucas Clinic which provides their clients with the ultimate step in fandon. You can read my full review HERE.


Best of the Mainstream... 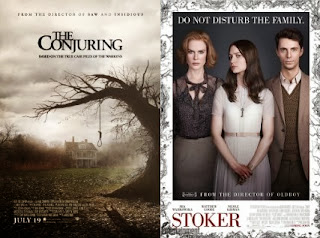 James Wan's first film of the year, The Conjuring (Insidious Chapter 2 being the other), came with lots of frights and thrills and pulled in $316,700,141 at the box office, well over it's budget of $20 million. You can read my review HERE.
Stoker is Chan-wook Park's (Oldboy, Thirst) English speaking directional debut and also Wentworth Miller's writing debut. The result? Sheer brilliance in every aspect. The slow burn psychological horror delivers great acting, tense scenes and a suspenseful score.

But wait, I've not finished yet! Before I reveal my favourite of 2013, here's a look at two films I caught at this year's Mayhem Horror Film Festival. 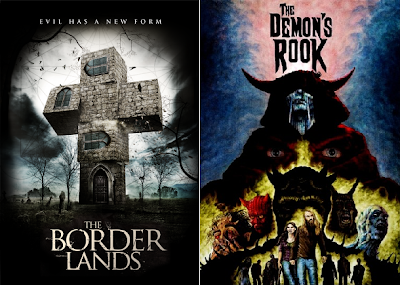 British indie flick The Borderlands is a religious/supernatural found footage piece that's high on tension and scares. You can read my full review HERE. It's arguably the most important found footage film since The Blair Witch Project!

The Demon's Rook features pagans, demons, zombies and a hero with a most manly beard. More indie goodness here with some great make-up and practical FX. Read my review HERE to find out more.

So here we are at the end of my 2013 review. Now you could call me slightly bias with my top pick as it's in my favourite sub-genre, but I don't care! I've seen it three times via VOD and recently got the chance to see it on the big screen, which just made me fall in love with it even more. 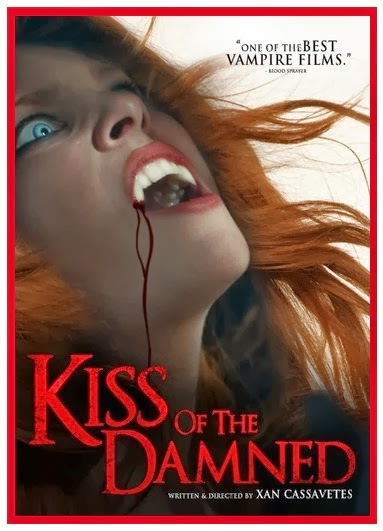 Xan Cassavetes' feature film directional and writing debut Kiss of the Damned is uber cool and super sexy. With a sensual touch of styling, this vampire movie pays homage to the Euro-trashy vamp flicks of the 60s/70s. It's not just my favourite film of the year, it's now one of my favourite Vampire films, ever! You can read my review HERE.