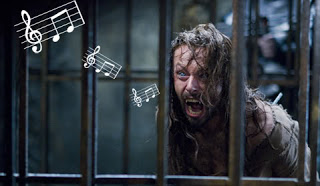 In Part 3 I'm going to look at musical scores and theme tunes that are some personal favourites.

To kick us off, I'll start with what's probably one of the best scores in modern horror. It's also one of my top picks of 2012, winning Best Score in last year's Fright Meter Awards.

The movie I'm referring to is Sinister (read my review here). 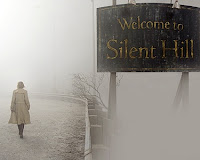 In 2006 came Silent Hill, a film we should all know. A movie based on the video game, a woman goes in search for her daughter within the confines of a strange, desolate town called Silent Hill. It stars Radha Mitchell, Sean Bean and Jodelle Ferland.

This track is called The Path To The Lost Ones. The movie version of bitter season from silent hill 1 is mixed with promise (reprise) from Silent Hill 2. There are also three other versions of this. Check it out...

Next up is a personal favourite. Bram Stoker's Dracula (1992). 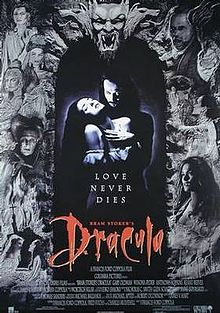 The legend of Dracula is brought to life by Francis Ford Coppola (The Godfather, Apocalypse Now).

A side from the dodgy English accents from Keanu Reeves and Winona Ryder, Gary Oldman and Anthony Hopkins gave great performances and this is still one of my favourite movies of all time.

From the OST came Annie Lennox's Love Song For A Vampire which reached number three on the UK Singles Chart.

But it's the main theme that was composed by Wojciech Kilar that I'm sharing with you next.


Another favourite from last year is The Soska Sister's American Mary (read my review here).

The opening scene sees Mary practising her stitching on a turkey. Accompanying the scene is Franz Schubert's Ave Maria. The two go perfectly together. Here's the piece of music... 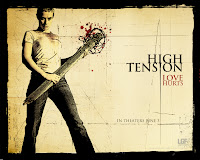 Up next is French horror/thriller Haute Tension aka High Tension aka Switchblade Romance.

Released in 2003, this movie made my Top Ten Best Foreign Horror Movie list.


Keeping with the foreign theme, my next pick is from the 2008 Swedish vampire film Let The Right One In. 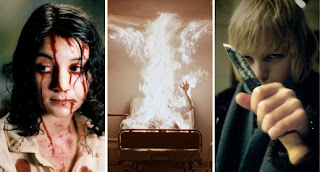 One of the more creepy films I've seen in recent years is Dead Silence (2007). I'm not even scared of dolls, but this movie still freaked me out! The score is equally creepy!

In 1992, my favourite "say a name into the mirror" killer Candyman, had us all daring ourselves to say his name five times into a mirror. But did we do it???

Another horror movie soundtrack making fantastic use of the piano in it's theme. 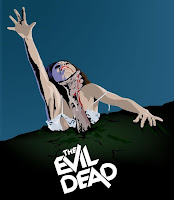 While routing through YouTube, I came across a gem of a video soundtrack for the 1981 cult classic, The Evil Dead.

The 2013 version caused a lot of debate between hardcore fans of the original. I like the original and I also enjoyed the hell out of the remake. You can read my review here. I've also including the a video of the music from the 2013 Evil Dead trailer which is also superb.


Here's 36 minutes of pure Evil for your enjoyment...

Here's the music trailer for the new version... 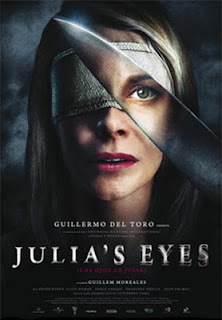 On to one of my favourite Spanish films. The excellent Guillermo del Toro produced psychological horror, Julia's Eyes.

The story follows Julia, who is slowly losing her sight whilst trying to investigate the mysterious death of her twin sister.

You can read review of Julia's Eyes here.

Well, once again, I hope you enjoy the music as much as I do. I guess you're thinking that I may have missed some important themes, but fear not! Look out for Part 4 which will be a TOP 10 of Horror Movie Themes, as voted for the fans over at the Maven's Movie Vault of Horror Facebook page.