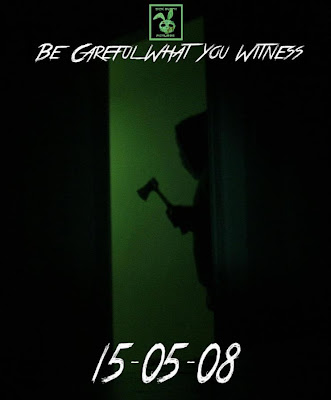 I don't normally watch short films, let alone review them. But since the two guys that are responsible for the horror short, Nikki Chatwin and Jason Chatwin, asked me to watch and review it and the fact that they are local film makers (just a mere 20 minute drive from where I live), I thought "why not" as I like to support local talent as well as the Indie horror scene.

This short is a found footage flick entitled, 15-05-08. The story is simple, the footage was recovered by the police, but the events are never answered. A group of four, two girls and two boys, are sat in the dark watching the activity in a house across the road. The strange thing, the house should be empty as the owners are away for the weekend. But with the twitching of curtains and lights going on and off, something is very wrong!

This could be any ones house, any ones bedroom and the cast made that very believable with subtle acting. It very much felt like the actors where given a script guideline, then had the go ahead to carry it on their own. This added to the realness of the whole thing. The tension builds slowly and before you know it, you feel like you're in the house with them thinking "just turn the fucking lights on!"

Most found footage pieces are shaky, but this was fairly smooth and well edited. At one point, it's that well shot it even puts you in the first person perspective, it didn't just feel like someone holding a camera. Even though I knew where the final result was heading, it kept me interested right to the end. Part found footage, part home invasion flick, this short was well thought out and executed.

I look forward to seeing how far Nikki Chatwin and Jason Chatwin can go in the horror film industry. They certainly seem to have a good foundation to build on. 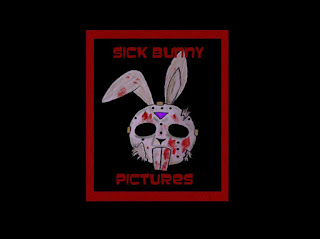 You can now watch it right here on YouTube and show your support by checking out Sick Bunny Pictures on Facebook and give the page a "like"...
Posted by Mad Mike at 00:30