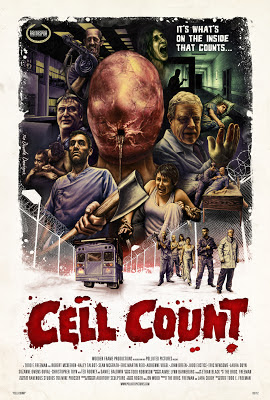 Russell Carpenter's (Robert McKeehen) wife, Sadie (Haley Talbot), has a life threatening disease. While in hospital, Dr. Victor Brandt (Christopher Toyne) offers a possible solution. He runs an experimental treatment facility where a miracle cure for all diseases is under development and research and is open to volunteer test subjects.

After putting themselves forward for the experimental treatment, Russell wakes up to find that the facility looks more like a prison. He is reunited with his wife Sadie who now looks healthy and well.

Besides the two that are locked away, they have access to other parts of the building and contact with their family via a video call system. Each day they are given instructions by a Stewardess (Laura Duyn) and visited by Dr. Brandt and Nurse Oberhauser (Suzanne Owens-Duval).

But as time goes on, it appears the good Doctor might not be all he seems to be and neither does the cure. As patients fall ill, all under the watchfull eye of the facility's staff, the whole situation turns into a fight for survival.

Dealing with their diseases is no longer the worse thing anyone is worrying about as they make an attempt to escape, with the Dr. Brandt in toe. This is where Blair (Daniel Baldwin), one of the patient's friends, comes to the rescue. Once outside the building, the realise what they just went through might have just been the easy part! 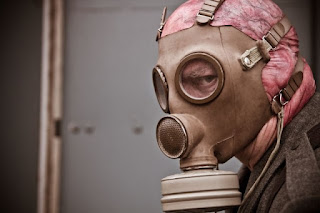 What we have here is an intelligent indie film with originallity that will make your skin crawl. It asks us the question of just how far and what we would be willing to do to save ourselves from death and whether we should put all our faith into modern medicine. Just because "the doctor says so" doesn't necessarily mean it's the best thing to do! And that is certainly proved in this case.

The movie starts with a slow pace, but builds up and gathers steam the further it unravels. This is all helped along by the solid acting. The standout performance for me was from Haley Talbot and the creep factor is heightened by Judd Eustice as Timothy 'Tiny Tim' Jacobs, who is a disturbingly great character. It was also good to see Daniel Baldwin, who I haven't seen in anything since John Carpenter's Vampires and barely noticed in an episode of the TV series Grimm!

The direction from Todd E. Freeman is engaging and flows smoothly. Along with some pretty damn cool make up effects for a low budget horror, this really was a pleasure to watch. And with it ending in such a crazy fashion, which leaves it wide open for the sequel, I'm looking forward to Cell Count 2: Blood Count, which is now in development.