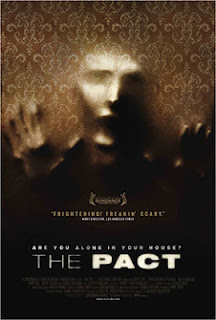 Nicole is staying at her recently deceased mother house in order to sort through the paper work left behind. Nicole's daughter is left with a friend while she stays at the house and before Nicole settles down for sleep she video calls her daughter on her laptop to say good night.

Having a bad wifi connection, Nicole moves around the house to get a better signal. In doing so, her daughter spots a figure standing in the back ground and asked "Who's that behind you mummy?" Nicole turns to find no one is there. After the video call is ended, Nicole investigates further only to disappear!

Nicole's sister, Annie, and the baby sitter Liz can't get hold of Nicole via the phone, so Annie heads over the house to see what's happened. When all she finds is Nicole's phone and nothing more, she enlist the help of the police, with only one detective, Creek, who is willing to help.


It's not long before Annie starts experiencing some very strange supernatural activity. In order to get to the bottom of thing she calls on an old school friend, Stevie, who has some kind of ability for dealing with such things.

With Stevie and her male friend on the case, they all experience something they didn't bargain for. This leads to Annie digging deeper into the past in a hope to find some answers to what's going on and that will help her find the still missing Nicole. When Annie carries out her own seance, the connection she makes leads her to the bottom things, but can she handle what's about to happen next? 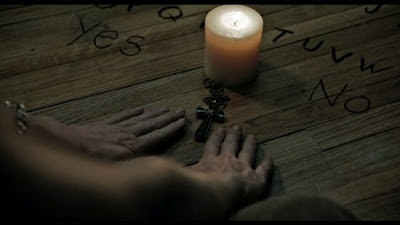 There was a lot of excitement raised about this film as it did it's rounds on the festival circuit. So naturally I was looking forward to it. Was I disappointed. Well, only a little, but at the same time I didn't over expect.

The acting was the most solid thing about it. The special effects and scares are nothing that haven't been seen 100 times before. The direction of the script was decent at best and the story itself felt a little stretched in parts, as it struggled to keep my attention at times. Caity Lotz (MTV's Death Valley) actually did a great a job considering she carried the whole film on her back. The rest of the cast did a decent job but without the rather good plot twist towards the end and Lotz's performance, this would have been a below par horror movie. However, if you're not a hardcore horror fan then you'll probably enjoy it more than I did!