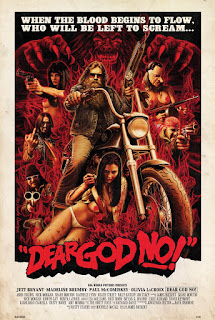 
The Plot -
Outlaw motorcycle gang The Impalers' tri-state rape and murder spree ended in a bloody massacre with rival club Satan's Own. The surviving members sought refuge in a secluded cabin deep in the North Georgia mountains. What first must of seemed like easy prey for a home invasion, became a living nightmare of depravity and violence. A young innocent girl being held captive may hold the key to the twisted secrets locked in the basement and the killing machine feasting on human flesh in the forest outside. 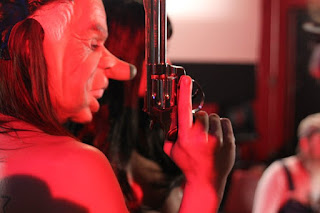 The Review -
The Impalers biker gang are down in members, as they make they're way to safety at a local strip club after raping and pillaging a bus load of nuns, it's not quite the safe house they thought it would be.
Things get ugly very quick as the leader of the outlaw bikers, Jett, kills the owner of the strip club, which leads all the strippers to fight back in a blaze of gun fire and tits!
The bikers hightail it as they are outnumbered and outgunned. 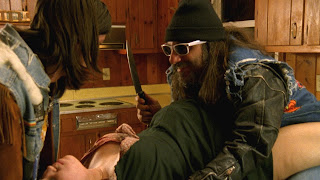 Back on the road, one of the outlaws has been shot so they stop at a gas station, which again turns into violence. They stop further down the road on their travels, where they come across a small boy who points them in the direction of a rich Doctor, who happens to live in a secluded cabin in the woods with his daughter.
Dr. Marco and daughter Edna, are carrying out some kind of experiment and have a secret down in the basement. They have guests, a man and his pregnant wife, that were undergraduates of the Doctor a number of years ago, that are there to help with the experiment. Whilst they are sat down for dinner, the biker gang turns up and cause more mayhem, as only they can. In a drug and alcohol fuelled frenzy, they murder and rape there way to the secret in the basement and soon find that there's something lurking on the woods outside, which in turn, is out for blood also. What's hiding in the basement and what's on the prowl outside? Will the bikers get out alive and will they leave any survivors? 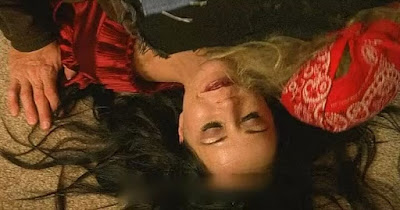 This movie takes you back to the Grindhouse, Exploitation, B-Movie days and pulls it off perfectly. With nudity, graphic violence, blood and gore, and scenes of rape, even with the cheesy and low budget effects it isn't for the faint hearted, but, genuine horror fans should enjoy it. The acting is bad as it's supposed to be, which actually adds to the whole film in a good way. It's brutal, it's bloody, it's funny as hell and definitely worth checking out!

Check out the trailer here -