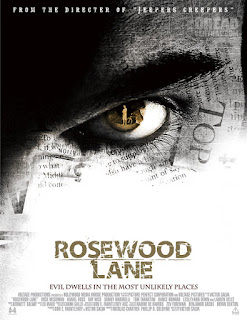 The Plot -
Dr. Sonny Blake, a radio talk show psychiatrist, moves back to her childhood home after her alcoholic father dies. Once back in her old neighborhood she discovers the local paperboy is a frightening and cunning young sociopath that targeted her father and now targets her. When the boy starts calling her show and recites eerie nursery rhymes, an unnerving game of cat-and-mouse begins. When the game escalates, she suddenly finds herself in a terrifying all out war, one that forces her to redefine her ideas of good and evil, and has her fighting to stay alive. 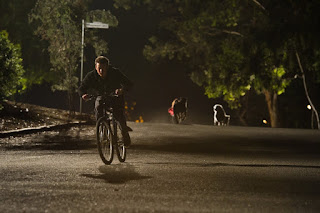 The Review -
This was another movie making it's way straight to DVD. With the man behind Jeepers Creepers at the helm I thought this was going to be atleast half decent.

We're first introduced to Dr. Sonny Blake as she arrives home, with the police in tow, to find her father has died, under what seems suspicious circumstances as he lays face down at the bottom of the basement stairs. 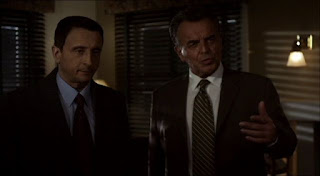 She settles in and all is well till the local paperboy, Derek, turns up to give her a fright. Shortly after the experience, Sonny starts to notice that things in the house have been moved around from the original place she put them. It doesn't take her long, with the help of her neighbour's stories, to work out that Derek has more to him then meets the eye which then leads to confrontation between the two in the house. The police are involved, but to no avail. 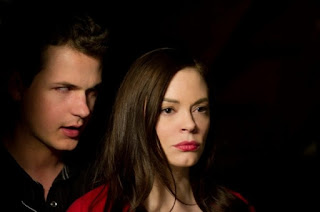 This eventually leads to Sonny's "friend" Barrett staying over to protect her which ends in disaster.
Mean while the police are still useless so she goes it alone to work out who Derek really is even though Derek is stalking her more than ever. It ends up being a battle of wills out of who will go that one step further to discover or hide the truth. However the speedy paperboy, on his bike, is mysteriously always that one step ahead.

So was I right to expect this movie to be half decent? Yes and no! There is plot holes, we never really find out why Derek is doing what he's doing. Daniel Ross Owens does play the part well. Even though I've never rated Rose McGowan's acting, it actually wasn't that bad. The weak links, acting and story wise were the two police officers, Sabatino and Briggs, they were just annoying and bought nothing to the table. The ending, well, it's not hard to see what's coming as most of the movie is predictable. Did I enjoy it? I'll be honest and say yes, it's worth giving a go on a lazy Saturday or Sunday afternoon with nothing else to watch. Don't over expect from it from you shouldn't be disappointed.