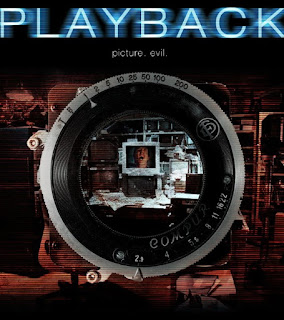 
The Plot -
When a group of high school students dig into their town's infamous past they unwittingly unlock an Evil that corrupts and destroys them. Possessing its victims through video playback and using them for malevolent purposes, it closes in on one specific soul, threatening to expose the town's deepest, darkest secret. 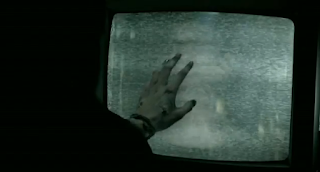 The Review -
This movie dives right in at the deep with the character Harlan Diehl, covered in blood and dirt, moving through a house with a video camera. While cutting between the normal lens of the filming camera and the hand held device, you hear screams of anguish in the background.
It was a very promising and brutal start. 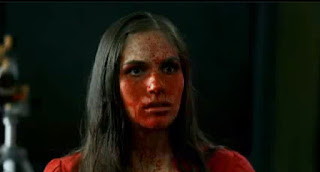 It shortly drifts into mediocrity, except for the role of Quinn, who soon becomes effected by the video footage he watches while doing some research for Julian. In mean time, Julian and Riley run around, like teenagers do, trying to find more information on the killer Harlan Diehl, much to the disapproval of Julian's mother. 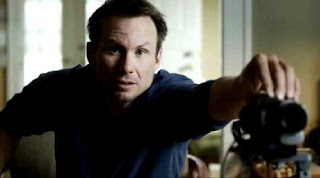 Enter officer Frank Lyons, an average cop with some questionable extra curricular activities.
Christian Slater actually plays a very small role in the movie. There's an old saying - "there are no small parts only small actors." Unfortunately, the later applies to Slater's part in the whole proceedings, which is a real shame as Slater has been great in certain roles over the years.

On the plus side, the movie has some decent eerie moments and actually made me jump at one point. The visual effects are good and there's a bit of blood along the way too. The bad points, although they don't spoil the movie, the acting isn't great, but the story keeps you interested, and it does get a little predictable towards the end. 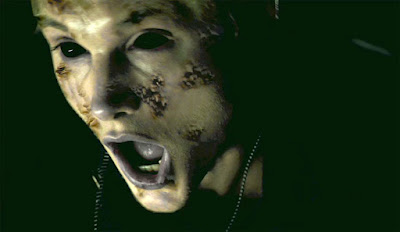 With a storyline based on the notion of the ability of photography to capture souls, it goes one step further with the use of video and as it turned out, this movie was better than average, but only just.