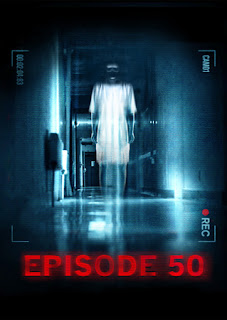 
The plot -
Two television crews of paranormal experts: one team of sceptics, with all the latest equipment, looking to de-bunk myths about ghosts and another consisting of religious believers looking to prove their existence, are hired to investigate an abandoned hospital. Teaming up for the first time for a special episode, the crews get more then they bargained for when they actually make contact with a spirit of tremendous power and must band together to stop it before it destroys them all. 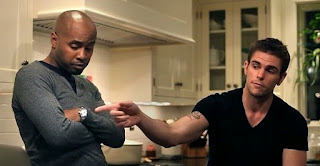 The review -
Filmed in the style of a mockumentary / found footage, we meet childhood friends Jack and Damon ( pictured right ), who have their own TV show ( in the same vain as CBS' Ghost Hunters ), which they started together due to sharing a paranormal experience as kids, in order to not prove, but de-bunk anything they come across. 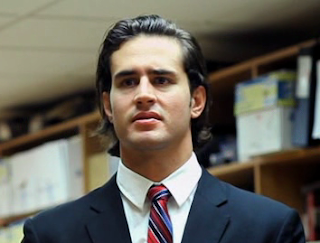 A millionaire hires Jack and Damon to investigate a building he owns, that's just happens to be an old abandoned hospital with a record of people going missing or dying.
Joining the investigation is "good Christian" Dylan ( pictured right ) and his team, who have had their fair share of spiritual experiences.
After all the equipment is set up and the sun goes down, it's time for the two teams to do their rounds through the creepy building.
If you've ever watched Ghost Hunters ( http://www.the-atlantic-paranormal-society.com/ ) on CBS Reality ( http://www.cbsreality.co.uk/shows.php?title=Ghost%20Hunters ) then you'll notice a lot of inspiration was taken from the reality TV show, from the way the in-film show is shot to how it's edited.

There is a slight air of creepiness throughout the movie but it often over shadowed by unnecessary overtones of different noises which detracts from what's really going on. Some of the acting is poor too which doesn't help.
The movie flows pretty well, keeping you interested. But that interest never seems to be satisfied as towards the end of the movie it all gets a little silly! 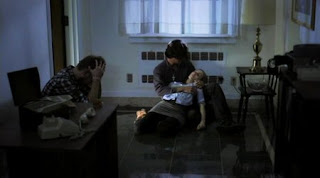 I felt it tried to be too clever for it's own good and rather then pulling it off it just got over complicated.

The end verdict? I'm not a fan, especially since there's a much more better movie out there called Grave Encounters which I am a fan!

Check out the trailer below, at least that looks good...