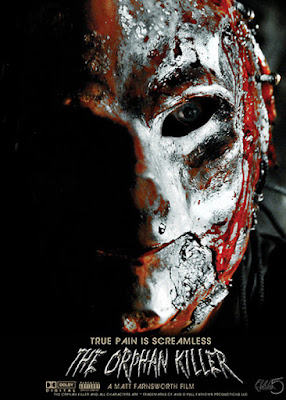 
The plot -
The film follows the life of two children who become wards of the state in New Jersey after a home invasion results in the murder of their parents. Having witnessed the murder, Marcus is forever changed. The siblings are sent to a Catholic orphanage where Audrey is subsequently adopted and Marcus is left behind. He suffers abuse at the hands of the caretakers and as a punishment is masked and exiled. Never forgiving his sister for abandoning him, Marcus returns to his sister's life many years later in adulthood, still masked.

The Orphan Killer is a Tour De Force murder flick that defies classification. It goes far beyond current trends in gore and breaks open a new suffering genre of horror. Marcus Miller is a serial murderer hellbent on teaching his estranged sister Audrey what it means to have family loyalty. His lessons are taught in massive doses of vulgar and unimaginable pain. Throughout her brutal torture we learn that Marcus is not the only Miller with Killer in the bloodline as Audrey proves to be a formidable adversary.

OK, let's get this first point out of the way, yes, this is a low budget horror, and yes, it looks it throughout the movie.
Secondly, the acting is bad and the script isn't the best.
But you know what?
Forget about that! 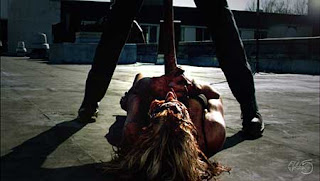 Despite these negative points, that would normally ruin the whole film, the fact is this movie left me wanting more, and in a good way.

This feels like the re-invention of the classic slasher, paying homage to guys like Michael Myers and Jason Voorhees. Even though the story isn't exactly original, it still felt fresh with its own unique spin. 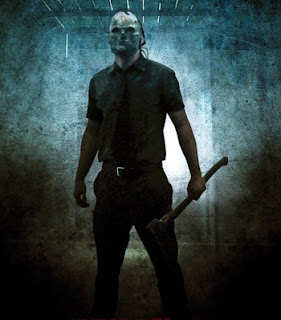 The first few minutes start of well, giving us a glimpse of the end of the movie. It dies down a bit for the next ten minutes or so, then we see some good old fashioned blood and gore.

With cheap thrills and no CGI, nothing is left to the imagination. Old school special effects, lots of blood and body parts flying everywhere, just the way it should be!

Each kill scene is different. The killer goes from using a machete to barbed wire to a knife to an axe to murder his prey.

I kept thinking to myself "if Matt Farnsworth had some real money behind him this could be the start of a whole new slasher franchise." And one I'd welcome!


This also has an awesome soundtrack, if you're into your Metal that is. I am and I loved it.
Apparently Farnsworth has stated that he has plans for a sequel. Hopefully with a better script writer but with Farnsworth's story telling and direction still, this really could be the start of something big.
Dare I say it? OK, I will... With the right money, give it twenty or thirty years and a few sequels, and possibly prequels and remakes knowing this day and age, this could be a franchise as big as Halloween and Friday the 13th! Remember, you heard that right here, from me, first!

If you can stand bad acting and low budgets and are a fan of independent horror films then this is worth a look.

Check out the intro to the movie...