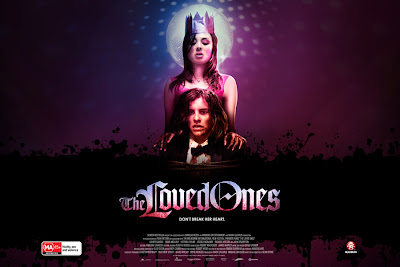 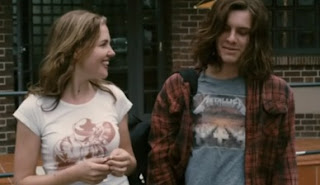 Director & Writer - Sean Byrne
The plot -
In order to avoid a ghostly figure in the road, high school senior Brent Mitchell wraps his car around a tree, killing his father. Constantly confronted by his mother's emotional collapse after the accident, Brent escapes into a marijuana fuelled world of loud heavy metal music to block the pain and guilt. Dejected and out of sorts, he has a shot at happiness with his girlfriend Holly, a grounded, caring girl with good looks, a dream date for the high school prom. As graduation approaches, Lola Stone, the quietest girl in school, also asks Brent to the prom but is turned down. Hours before the dance and under the glittering light of a disco ball, Brent wakes up to a disturbing and nightmarish sequence of events involving pink satin, glitter, syringes, nails, power drills and a secret admirer. Brent has become the prom king at a macabre, sadistic event where he is the entertainment.

I originally heard about this movie as it appeared in a list of out-of-the-way noteworthy horror movies. So last summer (2011) I got round to watching it. With the recent news of Paramount Pictures picking it up for a theatre release at some point this year, I thought I finally do my review of it! 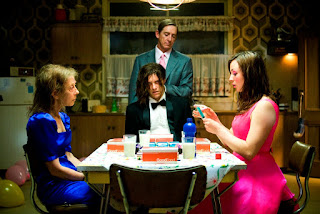 The story is pretty simple and offers nothing new but but thanks to the creative direction newcomer Sean Byrne took with it, we're given a surprisingly refreshing look at the normally bland psychopathic family sub-genre. The build up to the "prom in the dinning room" is slow paced but once they are sat at the table it all gets crazy.

A majority of this movie is taken place in front of a small dining room table, consisting of the insane Lola, her equally sadistic father, and an older woman simply known as "Bright Eyes", which gives it the most obvious nod to the Texas Chainsaw Massacre dinner scene.

John Brumpton performance as the father isn't the best, but his character's willingness to do whatever it takes to please his daughter and his equally incestuous yearning for her makes him a creepy character.

What makes this movie so enjoyable is Robin McLeavy portrayal of the antagonist Lola. She is possibly one of the meanest and most memorable female villains I've seen from the genre in years. She can go from soft-spoken to yelling repeatedly for Brent to cry after getting knives hammered into his feet in a matter of seconds, all the while still reverting back to her seemingly innocent self. Truly a sight to behold and a perfect performance. 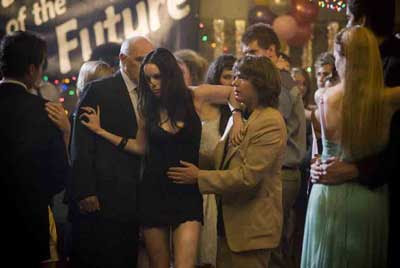 Meanwhile, Brent's friend Jamie has gone to prom with the female outcast of the school, Mia. As it cuts back and forth these scenes really have no reason to be in the movie other than delivering a little light relief and giving the viewer a little more to look at besides poor Brent's violent ordeal with the family. 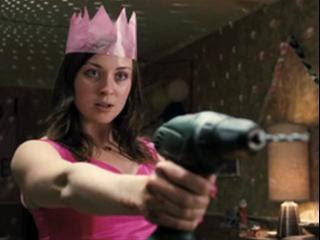 The effects are practical which provides a decent amount of blood.

It has a good selection of music and moody tunes for the applicable scenes.

The slow-mo camera shots work great with keys scenes and with an exceptionally memorable almost dream-like ending, this little Australian movie is well worth watching.

My overall thoughts? Even though it's not the best horror movie I've seen, I was really impressed with it and thoroughly enjoyed it. It's a breath of fresh air from all that low budget crap that floats around and it had an outstanding performance worth mentioning, again, from Robin McLeavy.