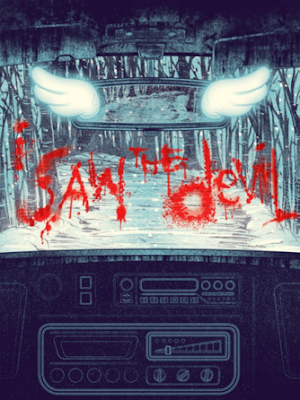 The plot -
Kyung-chul is a dangerous psychopath who kills for pleasure. He has committed infernal serial murders in diabolic ways that one cannot even imagine and his victims range from young women to even children. The police have chased him for a long time, but were unable to catch him. One day, Joo-yeon, daughter of a retired police chief becomes his prey and is found dead in a horrific state. Her fiance Soo-hyun (Lee Byung-hun), a top secret agent, decides to track down the murderer himself. He promises himself that he will do everything in his power to take bloody vengeance against the killer, even if it means that he must become a monster himself to get this monstrous and inhumane killer. 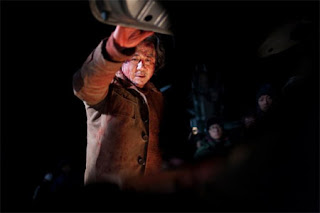 This was another movie I didn't really know much about as I hadn't read up on it, but only heard the hype that was going around.

Straight from the start we see how sadistic yet calm and cool Kyung-chul is as he sits relaxing smoking a cigarette before a kill. 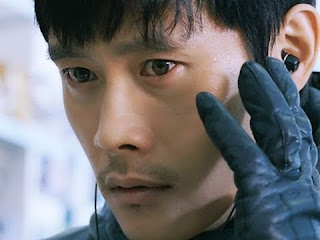 About an hour in to the film Kyung-chul and Soo-hyun have there first encounter, and it's a bloody one with Soo-hyun basically kicking the crap out of the murderer!

Soo-hyun plants a bug, forcing it down Kyung-chul throat. Till that happened, I thought this isn't gonna be on for much longer as the killer has been tracked down, not more can really happen. But I was wrong! This is the part that I thought was brilliant. The bug is planted in order to keep track of him, and this is where the fun begins as this movie runs for two hours and twenty minutes, although you don't realise this till the end of the movie because it simply keeps you that interested.

The next series of event follows Soo-hyun as he listens in and keeps track of Kyung-chul, knowing where he will be and his every move, then thwarting his attempts at murder and, again, kicking the crap out of poor Kyung-chul. I say "poor" because you kind of feel sorry for him, even though he is a psycho killer. At the same time you still cheer on Soo-hyun as he delivers devastating blows.


This is testament to how well this movie is written and directed and how good a performance the two main actors delivered. I only thing I regret, I watched the dubbed version instead of the original Korean with subtitles. I think I would have enjoyed it even more.

With bloody and violent scenes, this is a must for all horror fans. Overall thoughts, this is a thoroughly brilliant movie from start to finish with a perfect ending and one of the best foreign movies I've seen to date.

Check out the trailer below ( Sorry no subtitles )...