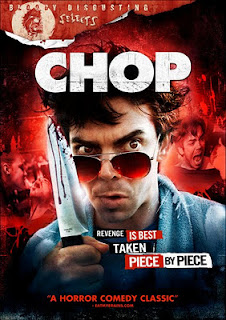 
The plot -
Lance Reed is let down by his car that has broken down by the road side. Shortly after, he hitches a ride with a stranger, who turns out to be a psychotic stranger! It takes a turn for the worse when Lance is made to chose between his half brother Bobby and his wife Emily in a game of life and death. Over the next couple of days things get really bad with frequent visits from the stranger, who forces Lance to confront his duplicitous past. Seeking retribution for a crime, the man forces Lance to reveal his inner most secrets by systematically removing his limbs. 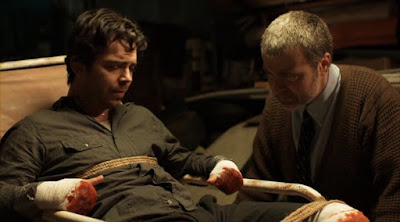 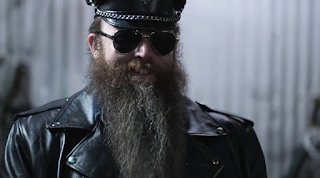 From the outset you don't quite know what to make of Lance. By the end of the opening scene you kind of feel sorry for him. Then as the movie progresses, while Lance tries to remember the connection between himself and the stranger, he admits to doing some really bad things in his past and you start to think that this guy deserves everything he's getting. 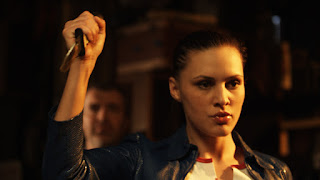 Between dealing with the stranger, Lance has to contend with the local police and a few interesting characters from his past, that have nothing but bad intentions towards him.
With each admission to past crimes, another appendage of Lance's body is removed!

By the end of the movie, the sorry feeling for him creeps back in though.


This movie has a good amount of laugh out load moments, sometimes even while Lance is getting chopped up! The blood and gore effects are good. The acting from Bakshi is great and Muskatell is equal to the task, you really get connected to their characters. The rest of the cast provide good support. The story feels original and is well presented.
Also, keep an eye out for a cameo from Camille 'I Spit on Your Grave' Keaton.

I really enjoyed this and I feel like, once again, I found a refreshing piece of film making, from what seems to be out of nowhere.